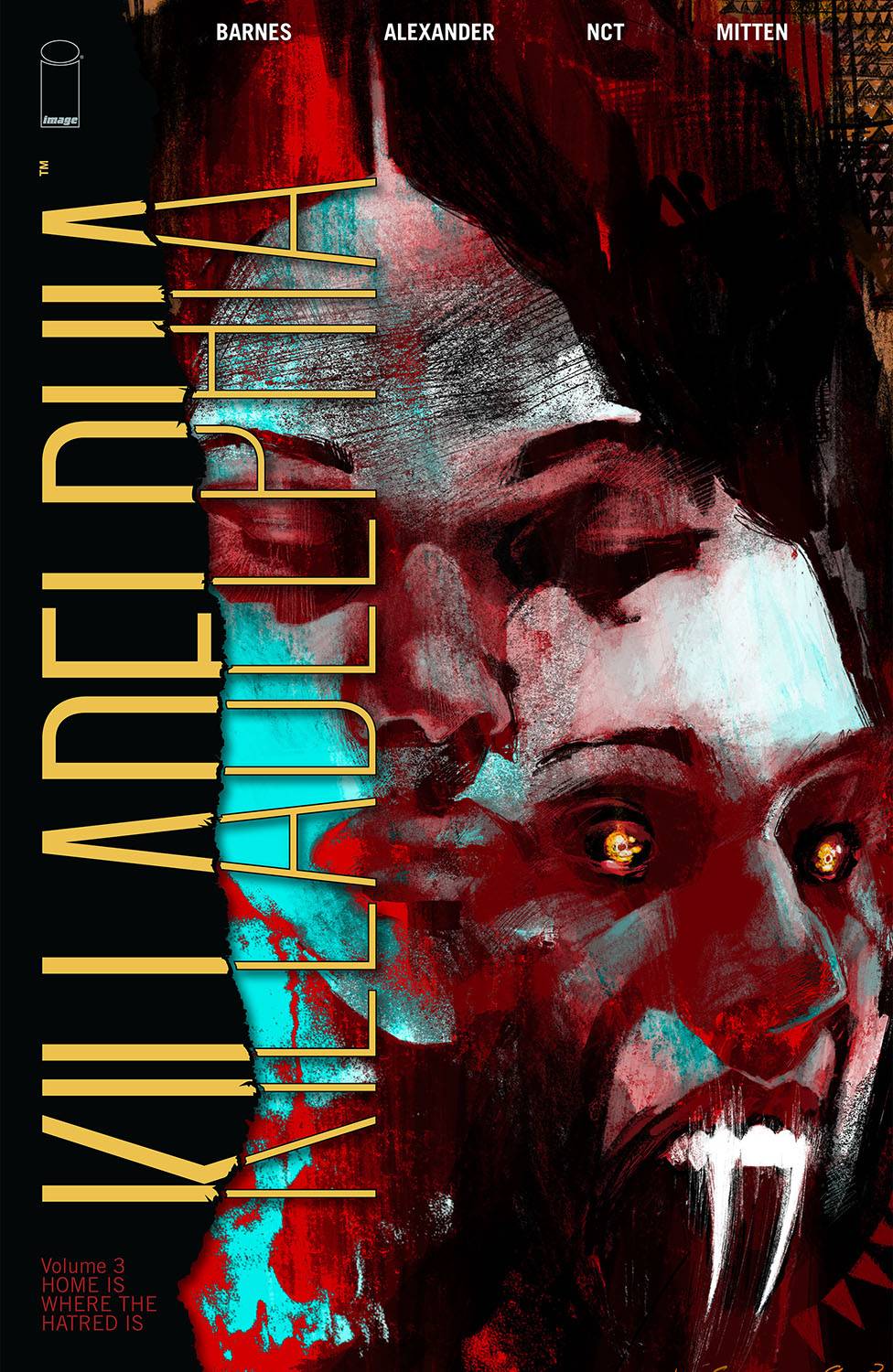 #
DEC220130
(W) Rodney Barnes (A) Luis Nct, Christopher Mitten (A/CA) Jason Shawn Alexander
A new, horrifying chapter of the Eisner Award-nominated series from RODNEY BARNES, the writer behind such hit shows as Marvel's Runaways and STARZ's American Gods, and JASON SHAWN ALEXANDER, the artist who redefined SPAWN for a new generation.
A new vampire king has entered the game, and his name is Thomas Jefferson! The third president of the United States plans to (literally) raise hell as he sets forth to craft a new America far more twisted than the one he sought to create two and a half centuries ago.
Meanwhile, young Jimmy Sangster has been bitten and is quickly becoming a bloodthirsty creature of the night. Will SeeSaw and James Sangster Sr. be able to find a way to reverse his condition before his soul is lost forever, or will Jimmy's newborn instincts take over and put everyone he loves in harm's way?
Collects KILLADELPHIA #13-18 and part two of werewolf tie-in story "Elysium Gardens"
In Shops: Jan 11, 2023
SRP: $16.99
View All Items In This Series
PREORDER SUBSCRIBE WISH LIST