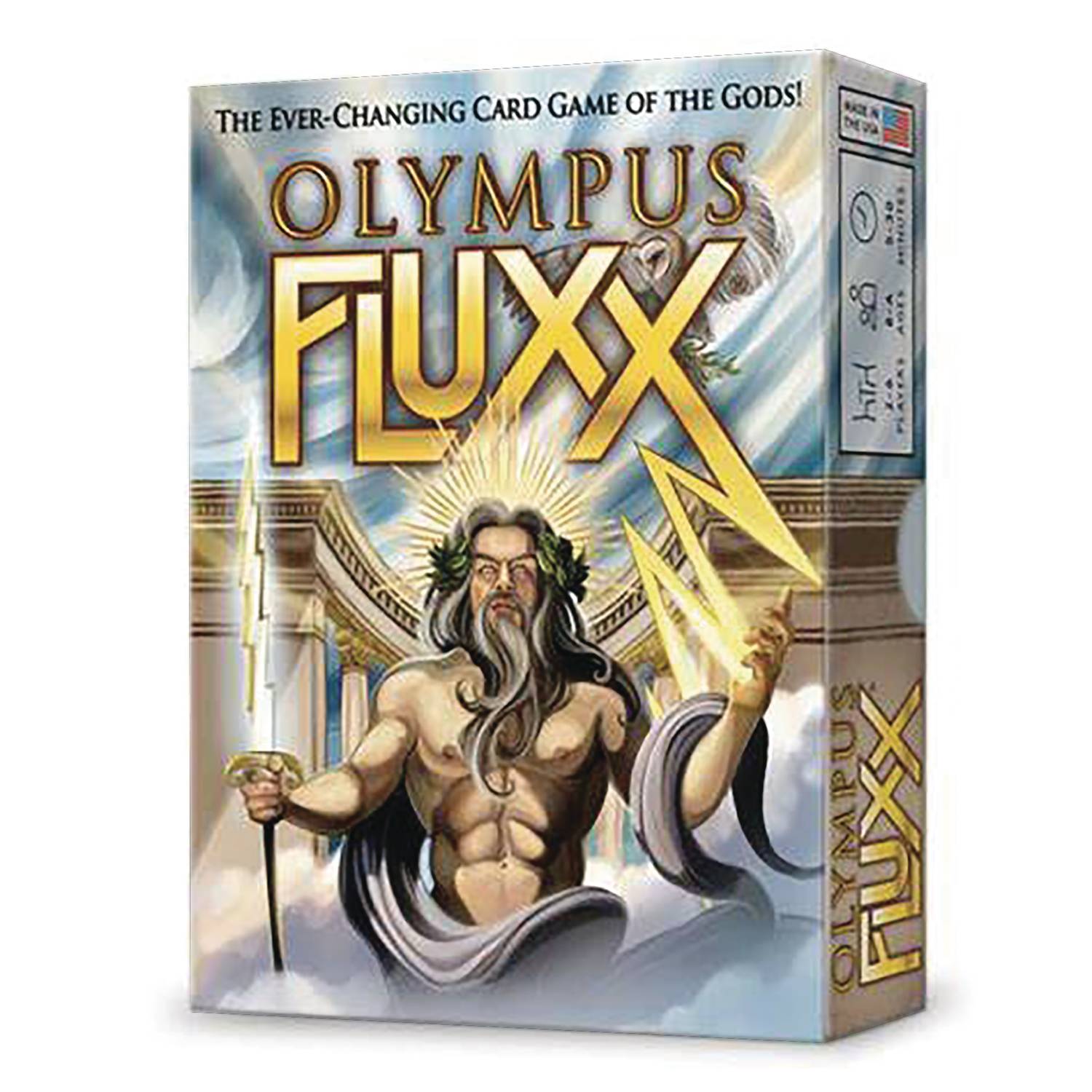 #
DEC218283
Get ready to Fluxx things up with the deities on Mount Olympus! Yes, the classic game of ever-changing rules is taking on the classics of Greek and Roman mythology! Twenty-one of the best-known mythological characters are included, each beautifully depicted in stunning new illustrations by Echo Chernik! Party with the pantheon of gods and goddesses of ancient Greece - but be sure to use their Roman names instead if the New Rule "Roman Times" is in play! Zeus demands that you join in the fun!
In Shops: May 18, 2022
SRP: $96.00
ORDER WISH LIST