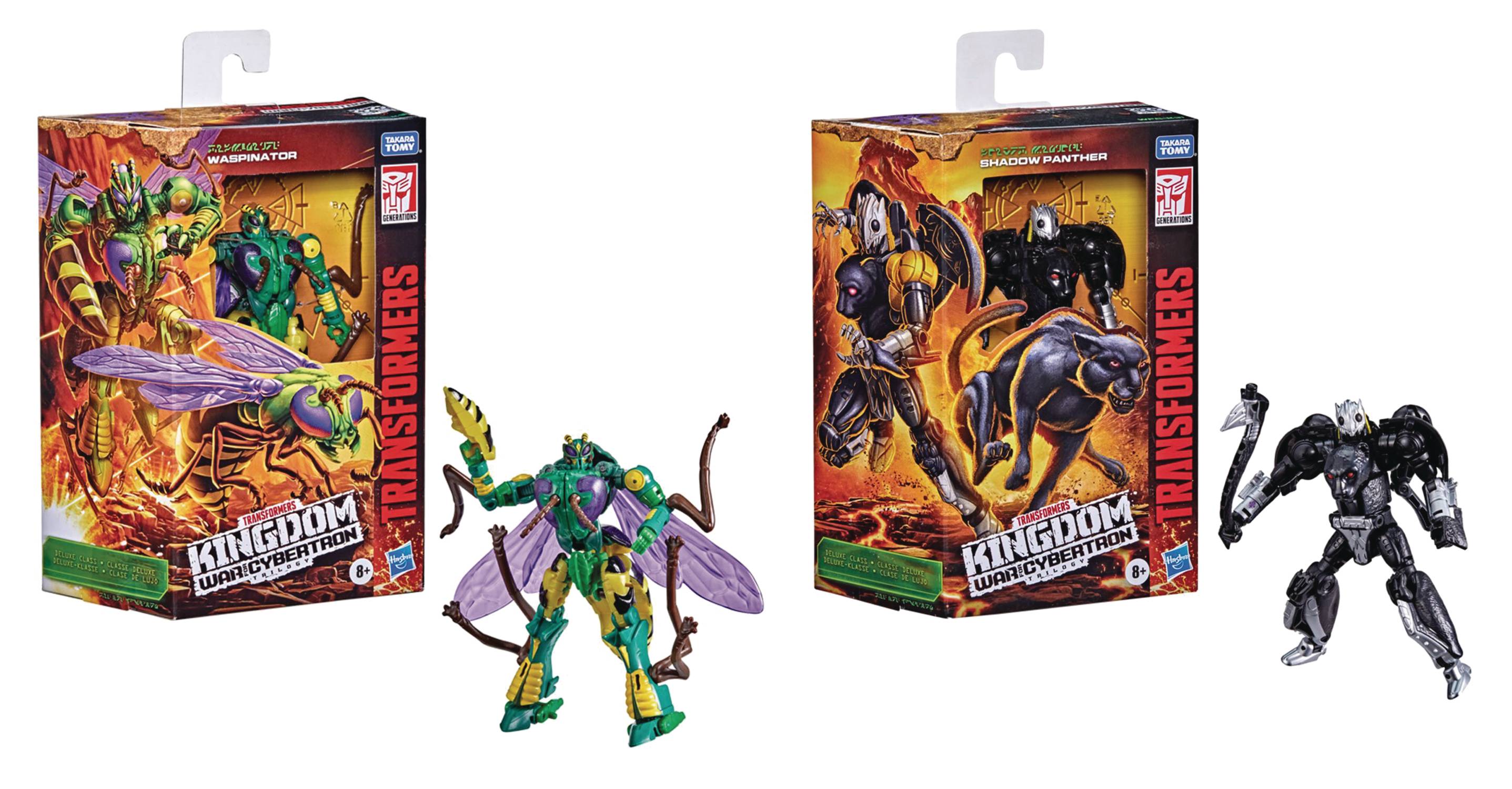 # # #
DEC212307
From Hasbro Toy Group. Beastify the battlefield! Worlds collide when the Maximals and Predacons join the fight, coming together with the Autobots and Decepticons in an epic battle that will alter their destiny forever. With the ancient and highly advanced F.O.S.S.I.L. technology, Fossilizer bots, infused with primordial energy, break apart to weaponize their allies. Use Deluxe Fossilizer figures to beastify these figures with bone armor! (Sold separately, subject to availability.) Each figure Includes a Golden Disk card that reveals a possible destiny of a key character. Collect all the Kingdom figures to reveal all 3 alternate destiny variants for each character! Collect Slammer, Shadow Panther, Pipes, and Waspinator.