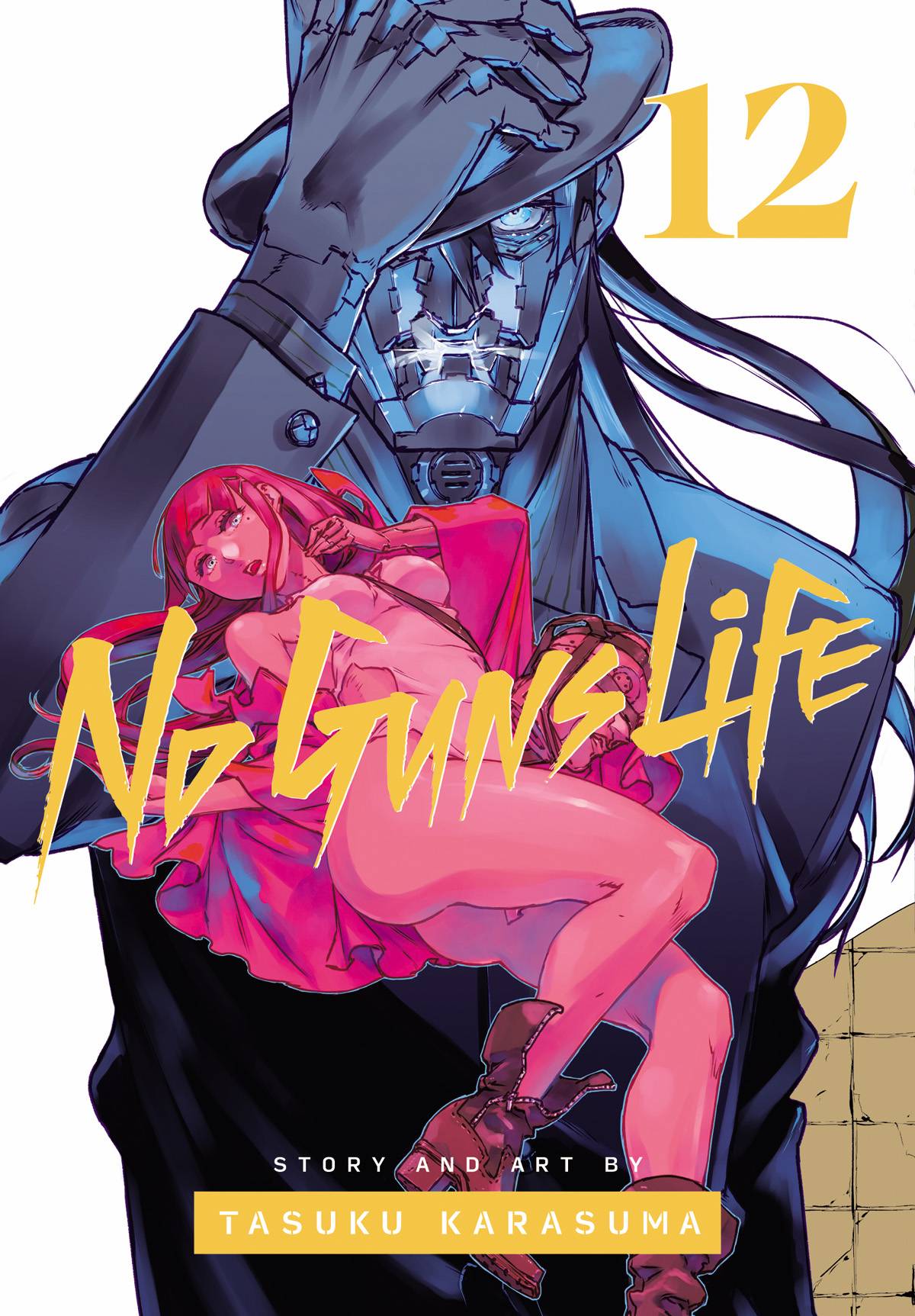 #
DEC211994
(W) Tasuku Karasuma (A) Tasuku Karasuma
Ex-soldier Juzo Inui has one question-who turned him into a cyborg and erased his memories?
After the war, cyborg soldiers known as the Extended were discharged. Juzo Inui is one of them, a man whose body was transformed, his head replaced with a giant gun. With no memory of his previous life-or who replaced his head and why-Inui now scratches out a living in the dark streets of the city as a Resolver, taking on cases involving the Extended.
Io, one of Tetsuro's siblings, has risen in revolt against COO Honest, who has seized control of Berühren. Juzo, Mary, and Testuro have entered the corporate stronghold to stop Io and rescue Rinko, and now face an army of Extended security guards slaved to Io's Harmony device. If the guards can be dealt with, Juzo will still have to take on Io, and the physical confrontation may not be as devastating as the real reason Berühren wants to get its hands on Juzo's parallel sub-brain...
In Shops: Feb 16, 2022
SRP: $12.99
View All Items In This Series
ORDER SUBSCRIBE WISH LIST