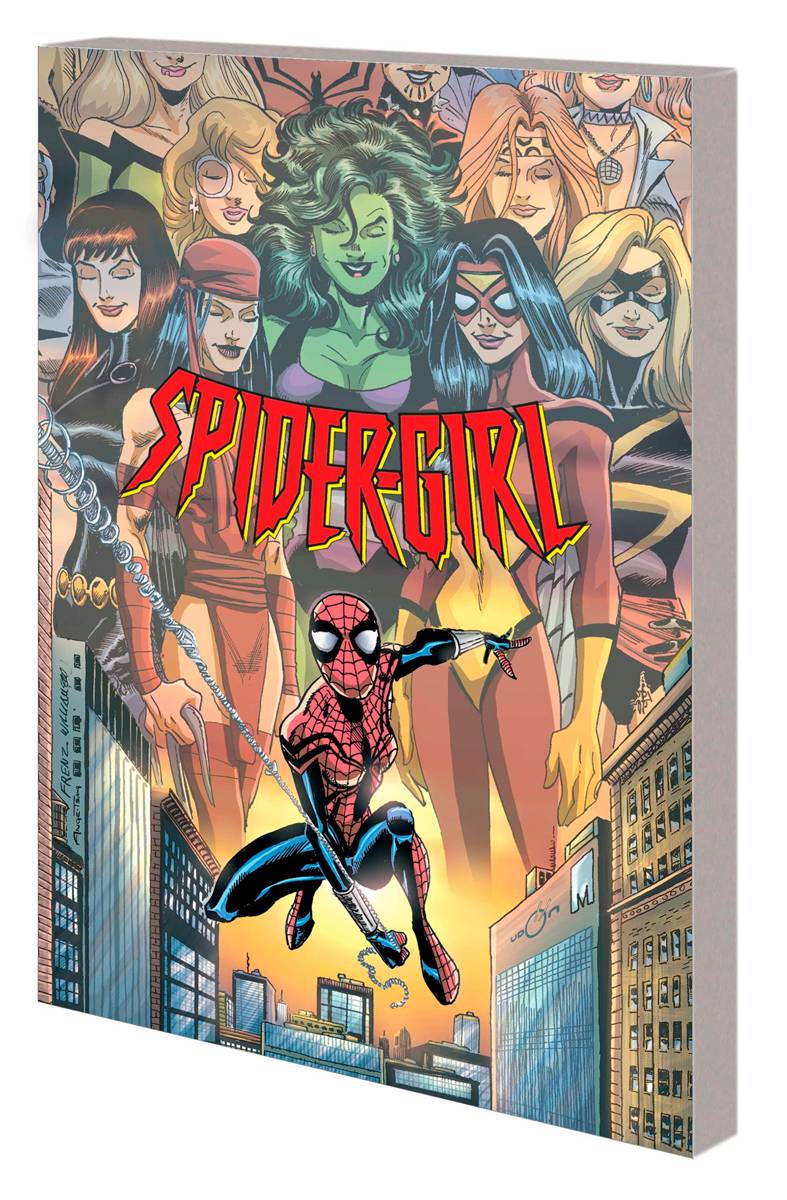 #
DEC211108
(W) Sean McKeever, Various (A) Casey Jones, Various (CA) Ron Frenz
The return of the Soldiers of the Serpent! Spider-Girl has battled them before and come out ahead. But this time, the group has united behind an enigmatic, powerful leader - and May Parker's spider-powers might not be enough to save her this time. Meanwhile, May's romantic life takes a sudden left turn, a crisis brews at Midtown High, the Scarlet Spider returns and a new gang war breaks out in New York City! The rivalry between the Kingpin and challenger Canis has heated up - can Spider-Girl end the violence before the death of a classic Marvel villain? Elsewhere, more deadly foes are popping up, all guided by a mysterious agenda! To them, Spider-Girl is just a troublemaker - but the Black Tarantula thinks she's destined for more! Guest-starring Darkdevil and Kaine the corrupted clone! Collecting SPIDER-GIRL (1998) #51-67.
Rated T
In Shops: Apr 13, 2022
SRP: $39.99
View All Items In This Series
ORDER SUBSCRIBE WISH LIST