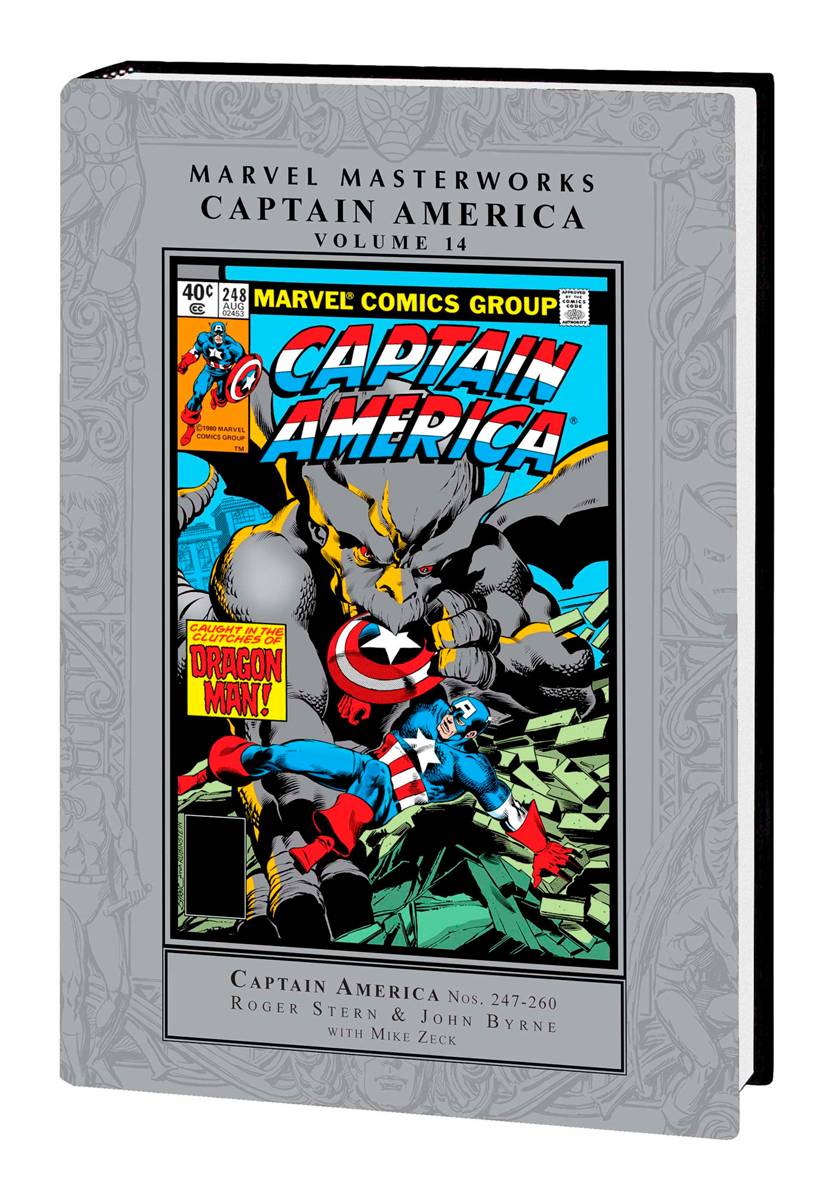 #
DEC211094
(W) Roger Stern, Various (A) John Byrne, Various (CA) John Bryne
Captain America is the people's choice in a timeless run by Roger Stern and John Byrne! These legendary creators begin their Cap adventures with the Machinesmith and his army of robot replicas. But Steve Rogers soon winds up in an even tighter spot: a race for the presidency?! Next, Batroc is back, with Mister Hyde and Cobra by his high-jumping side! The Stern/Byrne run concludes with a timeless tale of horror from Captain America's war-torn past as the vampiric Baron Blood seeks to conscript Cap into the army of the undead - plus a 40th anniversary celebration that explores Cap's all-American origin! This top-shelf Masterworks also includes a return appearance by all-time great Cap artist Gene Colan and the beginning of Mike Zeck's iconic run! Collecting CAPTAIN AMERICA (1968) #247-260.
Rated T
In Shops: Aug 17, 2022
SRP: $75.00
View All Items In This Series
ORDER SUBSCRIBE WISH LIST