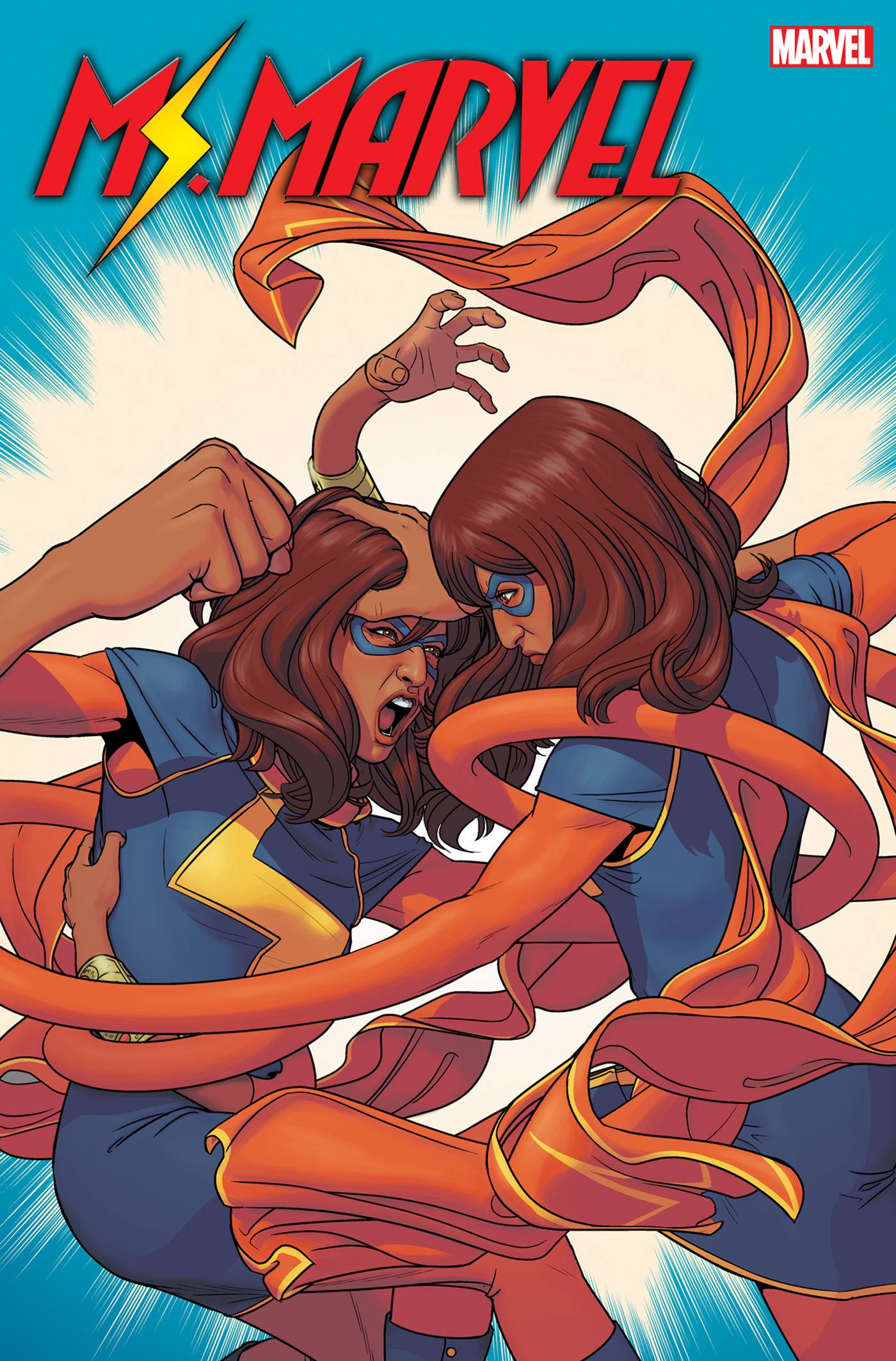 #
DEC211022
(W) Samira Ahmed (A) Genolet, Andres (CA) Jamie McKelvie
Ms. Marvel has a doppelganger - which is pretty weird. It turns out she's a teenage girl named Qarin, and she has shapeshifting powers too. She's lost - like, from-another-universe lost - so, of course, Ms. Marvel takes her under her wing, which isn't so bad. What's less good is that Qarin has already figured out Kamala's secret identity, and she might just have darker plans in mind than trying to find her way home. Will Ms. Marvel's glitchy powers be enough to stop her?
Rated T+
In Shops: Feb 16, 2022
SRP: $3.99
ORDER WISH LIST