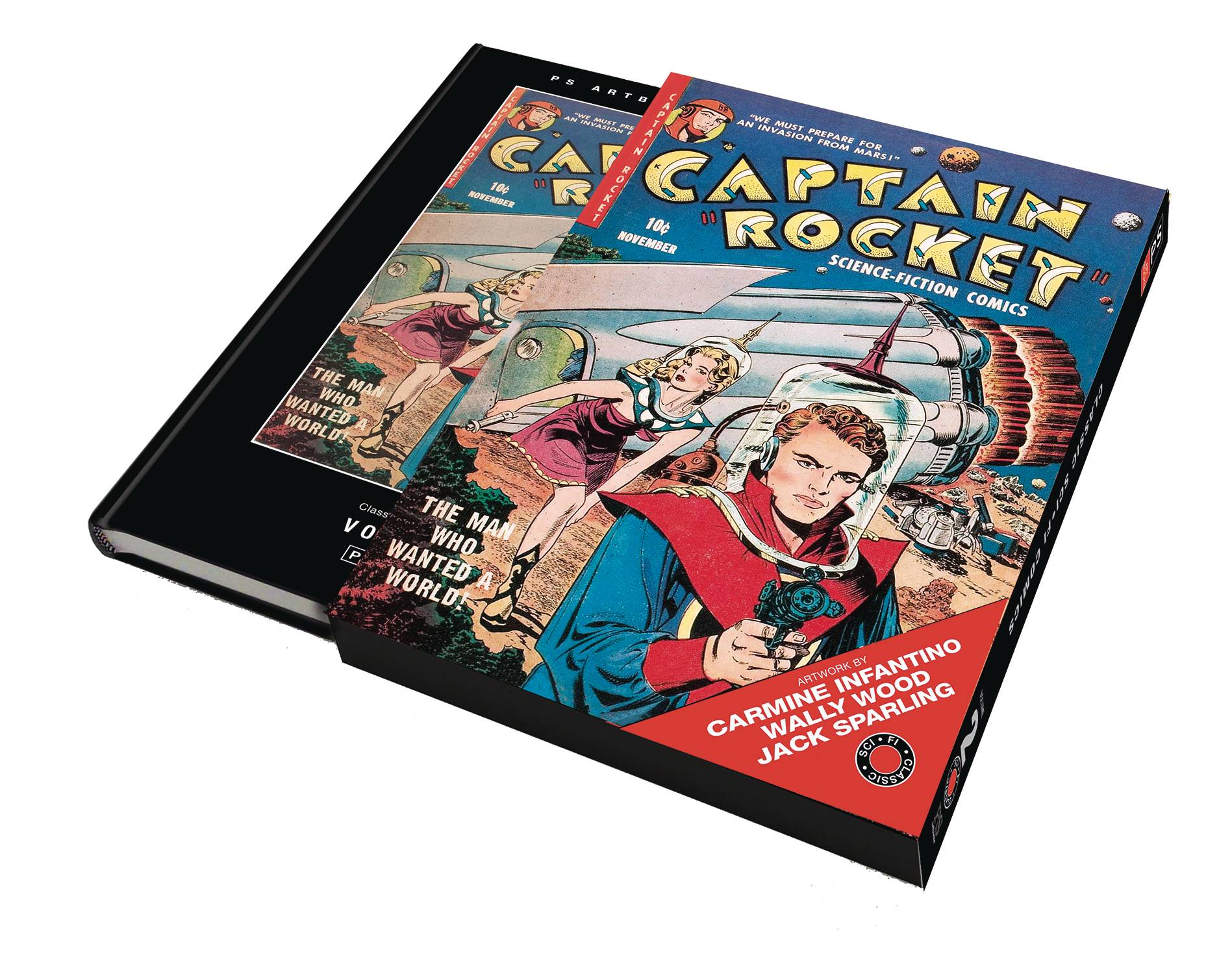 
Just take a look there's Captain Rocket, Attack on Planet Mars, Flying Saucers, Robotmen of the Lost Planet and Space Man! All reproduced completely from cover to cover - just like the original comic and absolutely crammed with tales of science fiction, fantasy, horror and suspense created by the absolute cream of 1950's comic book talent including Gene Fawcette, Joe Kubert, Carmine Infantino, Wally Wood and Jack Sparling. Don't hang around for too long these beauties they won't be in orbit forever!
In Shops: Jan 05, 2022
SRP: $56.99
View All Items In This Series
ORDER SUBSCRIBE WISH LIST