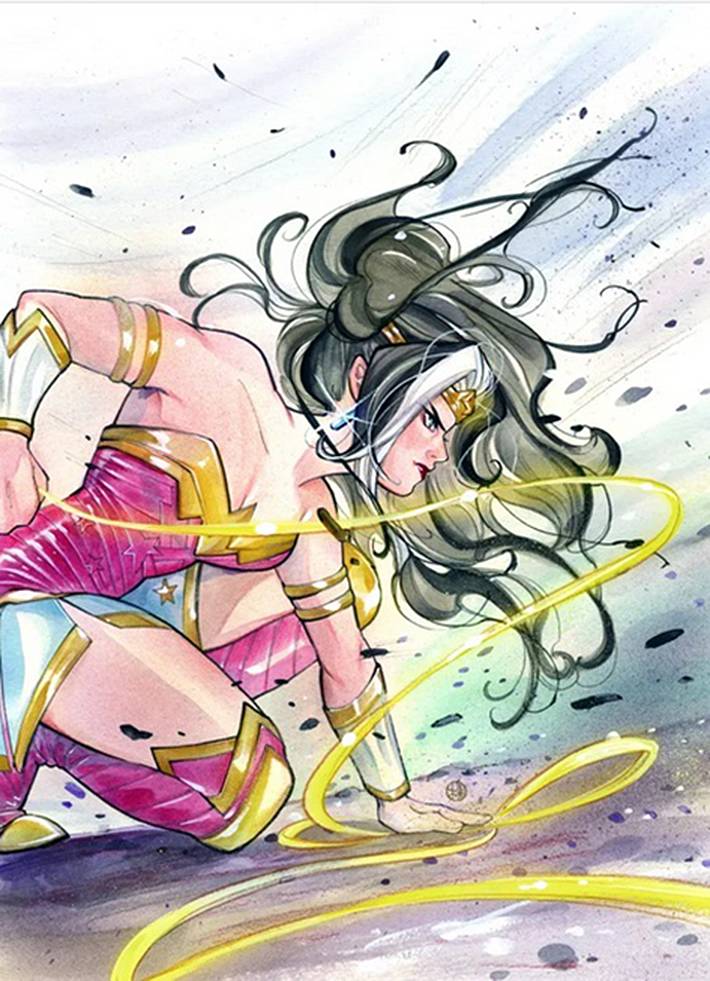 #
DEC201411
The Undoing are coming. Long past the Age of Heroes, few of Diana Prince's friends survive, and most of her sisters have passed as well. As an immortal goddess, this is her lot. But then, a threat appears that even the mighty Darkseid can't handle-and it's up to Wonder Woman to take on the battle! It's big action and high fantasy at the end of time, courtesy of Eisner Award-winning cartoonist Becky Cloonan (GOTHAM ACADEMY) and Michael Conrad (DOOM PATROL: WEIGHT OF THE WORLDS) with the popular artist Jen Bartel making her interior art debut for DC. Then, peer into a closer future as the original champion of Themyscira strikes out on her own. Things have not been stable on Paradise Island for some time, and Nubia has found a new home in Man's World. Now, she is tasked with protecting it from the dangers of the world of myths and magic. L.L. McKinney takes this powerful Amazon to a whole new level. FINAL COVER MAY VARY! ALLOCATIONS MAY OCCUR! CGC GRADED 9.6 OR HIGHER!
In Shops: Mar 03, 2021
SRP: $89.99