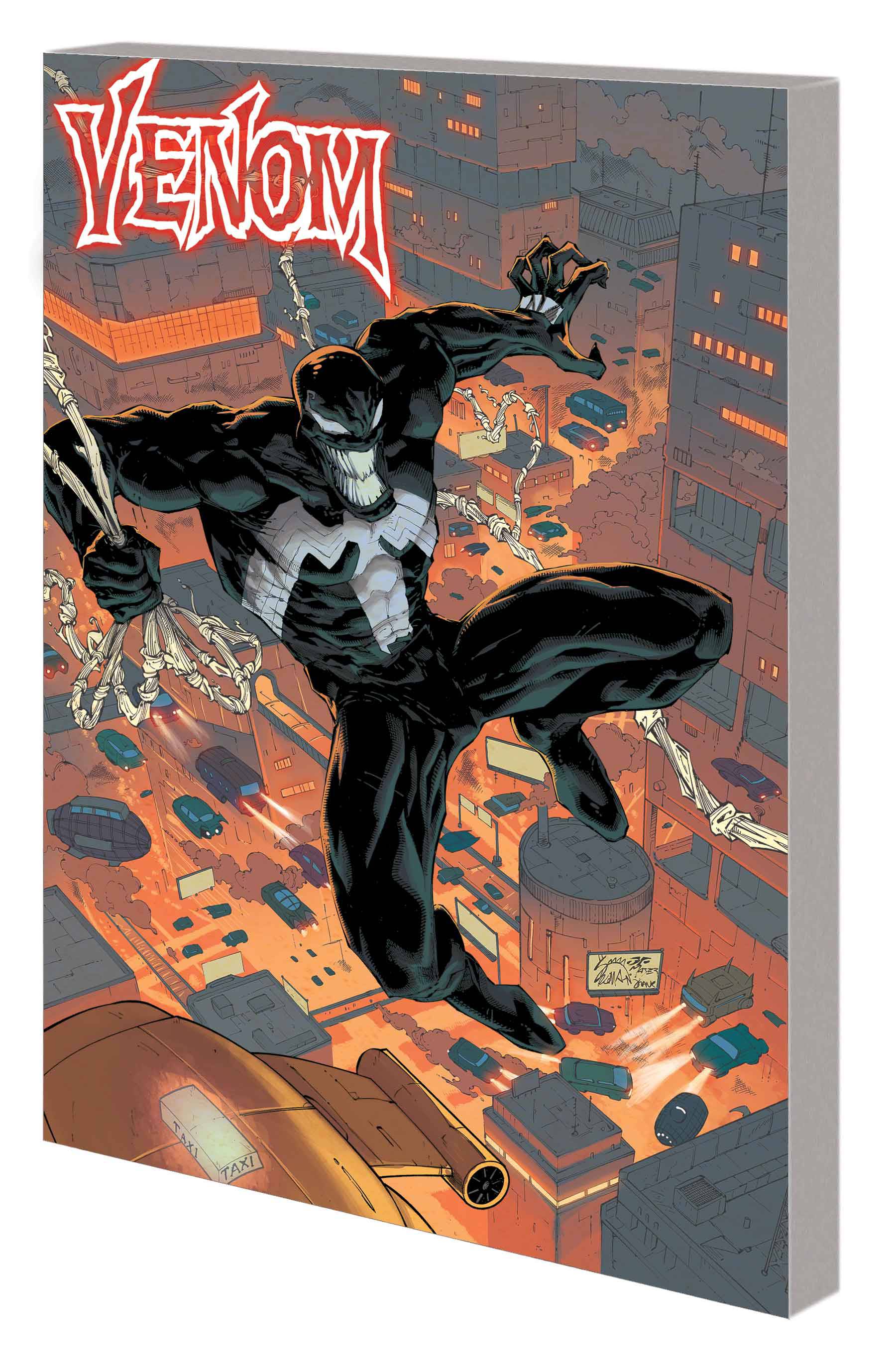 #
DEC200652
(W) Donny Cates (A) Iban Coello, More (CA) Dave Dorman
When a dangerous armored foe named Virus erupts into Venom's life, he threatens to rip away everything Eddie Brock holds dear. His son, his symbiote - even himself! But as their battle spirals out of control, reality itself escapes Venom's grasp - and he finds himself somewhere beyond! As if one new threat weren't bad enough, an entirely different foe rears its monstrous head as Eddie and Dylan try to make their way through a different - and highly dangerous - world. Thankfully, they enlist the help of new allies, some of whom have familiar faces - and one of whom Eddie may never want to leave! But as the full horrors of their strange surroundings and the nightmarish Codex become clear, Venom will soon have to make an impossible choice! Collecting VENOM (2018) #26-30 and material from FREE COMIC BOOK DAY 2020 (SPIDER-MAN/VENOM).