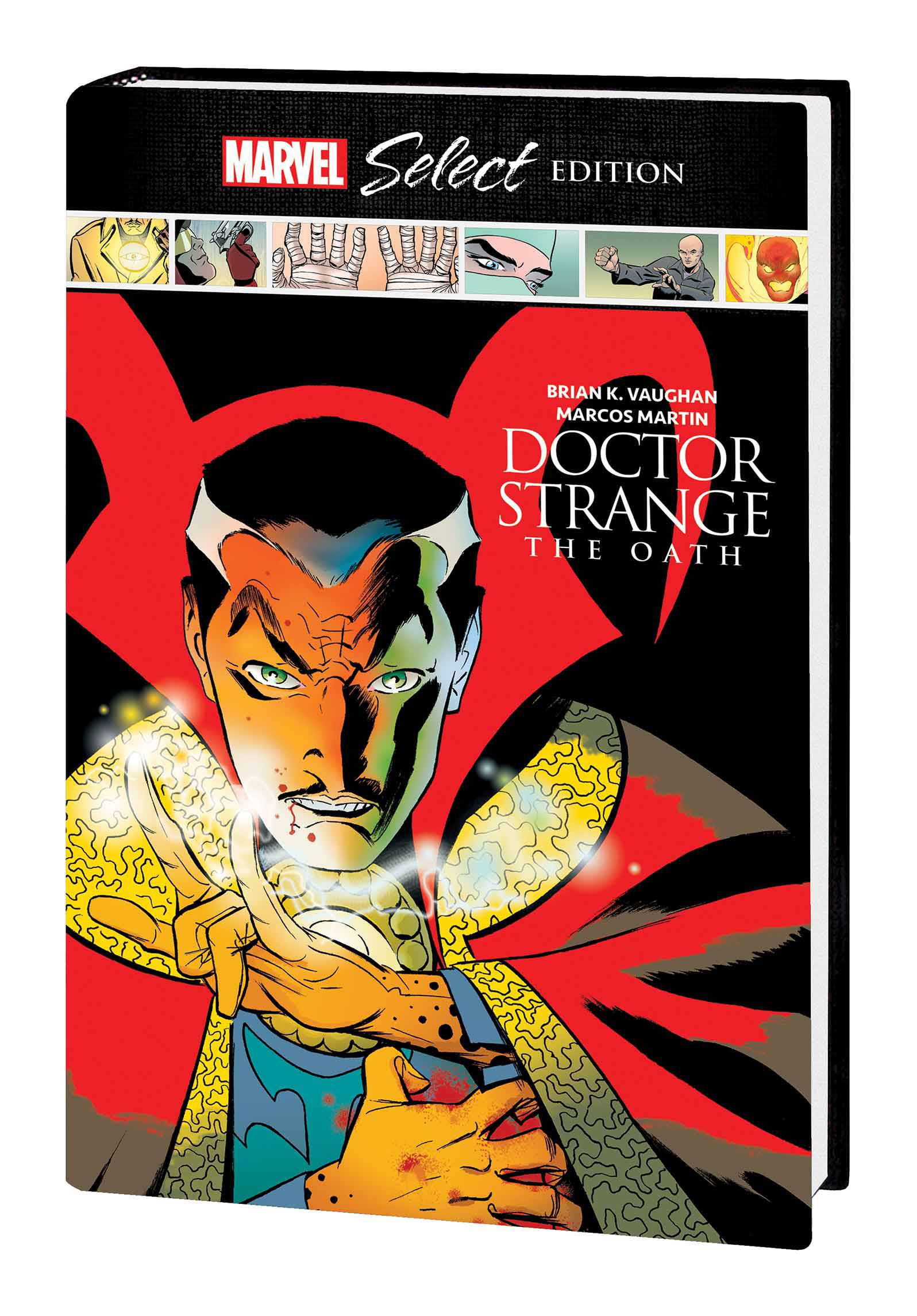 #
DEC200644
(W) Brian K. Vaughan (A/CA) Marcos Martin
One of the greatest Strange Tales of all features in our series of graphic novels handpicked by Marvel Editorial to showcase pivotal storylines written and drawn by some of Marvel's most acclaimed creators! Dr. Stephen Strange embarks on the most important paranormal investigation of his career as he sets out to solve an attempted murder - his own! And with his most trusted friend also at death's door, Strange must turn to an unexpected corner of the Marvel Universe to recruit a new ally - the one and only Night Nurse! The spellbinding storytelling of Brian K. Vaughan and the visual trickery of Marcos Martin combine to create one truly magical Doctor Strange saga! Collecting DOCTOR STRANGE: THE OATH #1-5.