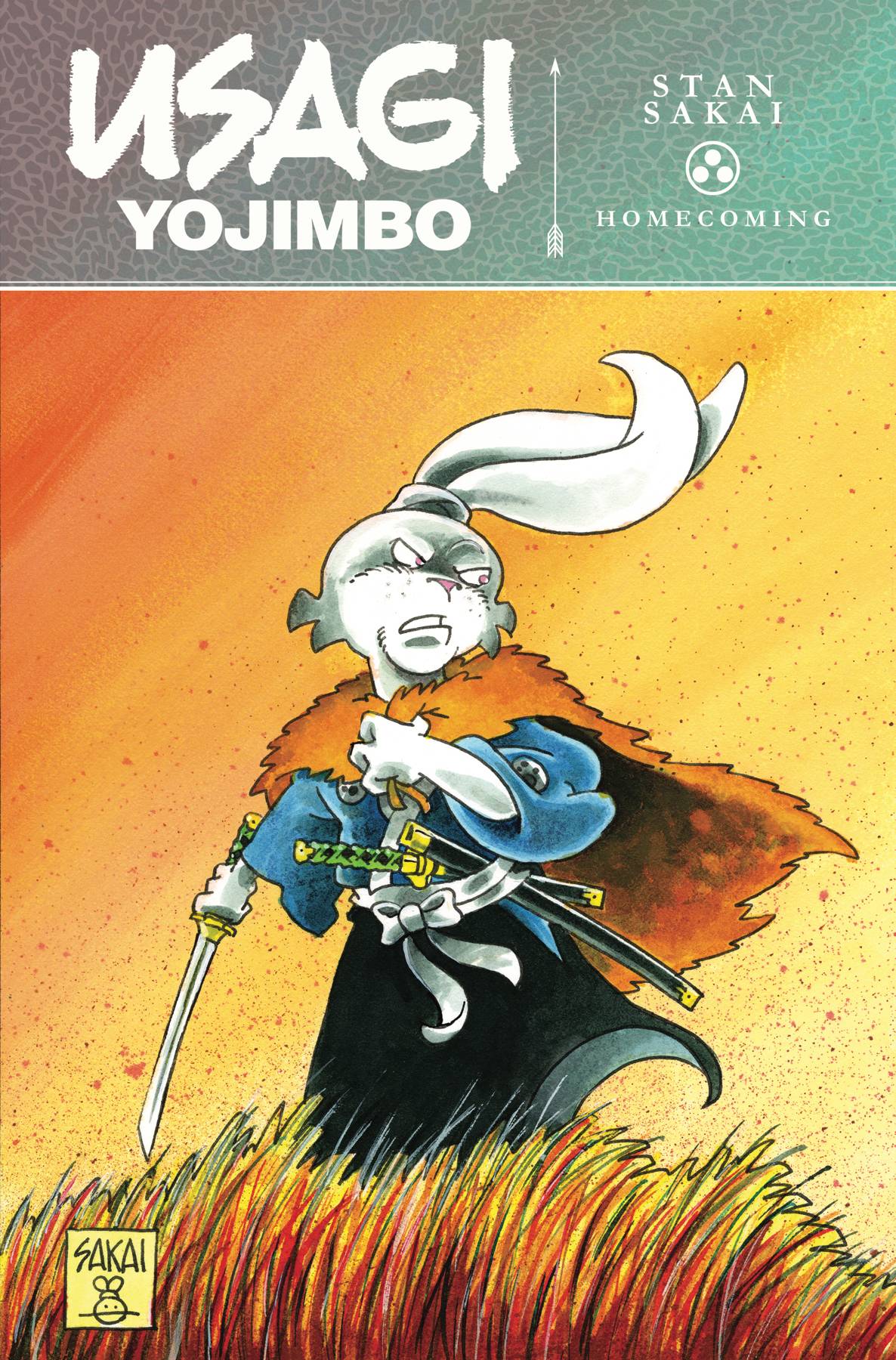 #
DEC200478
(W) Stan Sakai (A/CA) Stan Sakai
Volume Two of the new series sees Usagi return to his home province to pay his respects, but ghosts from his past have other plans.

In "Tatami," Usagi returns to his home province only to find intrigue and betrayal! Then, in "Mon," long ago, Lord Hikiji defeated Usagi's Lord Mifune to take control of the Northern Province. Usagi, now traveling through his old territories, still wears the mon (a family crest) of his former lord. But, there are those who still remember the Great Wars with bitterness and threaten to kill any samurai loyal to Mifune. In "The Return," Usagi is on a pilgrimage to his late lord's gravesite, however, wearing the Mifune clan crest in Lord Hikiji's territory has made him an enemy. Traveling through this dangerous land he has made his way to the one place he had been avoiding-the village in which he grew up. Collects issues #8-14 of the all-new full-color Usagi Yojimbo series published by IDW.
In Shops: Apr 14, 2021
SRP: $19.99
View All Items In This Series