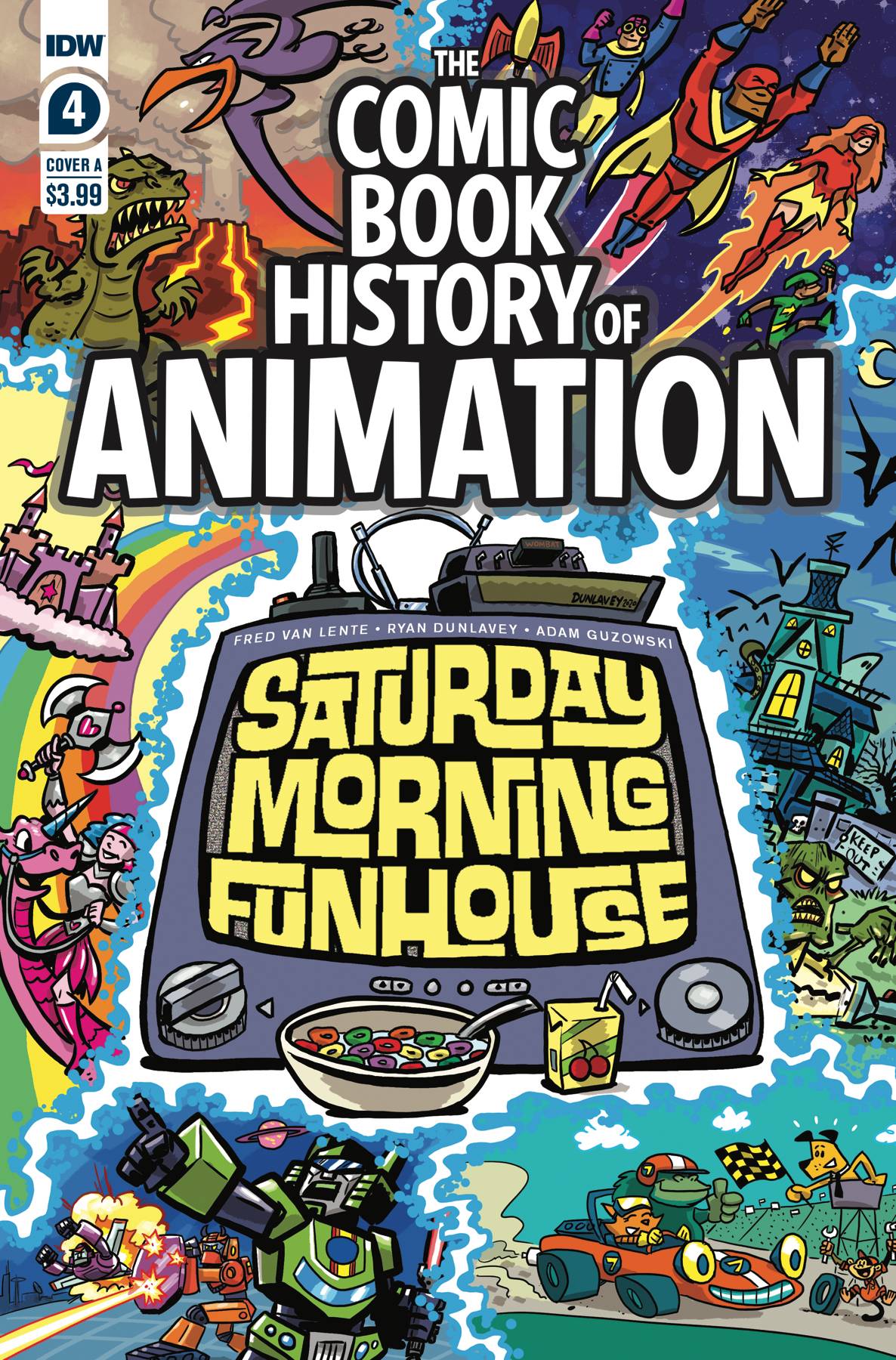 #
DEC200416
(W) Fred Van Lente (A/CA) Ryan Dunlavey
Don't touch that dial! It's SATURDAY MORNING FUNHOUSE! We roll into the 1960s, during which a CBS executive named Fred Silverman had the brilliant idea to turn Saturday mornings into all kids programming, transforming the toon landscape forever! Hanna and Barbera are fired from MGM, but become the biggest animators in the country-but what happens to all the jobs sent overseas? In Japan, the animation industry begins taking its first few steps toward dominance, where Hayao Miyazaki begins learning his trade-and yearning for more!
In Shops: Mar 24, 2021
SRP: $3.99
View All Items In This Series