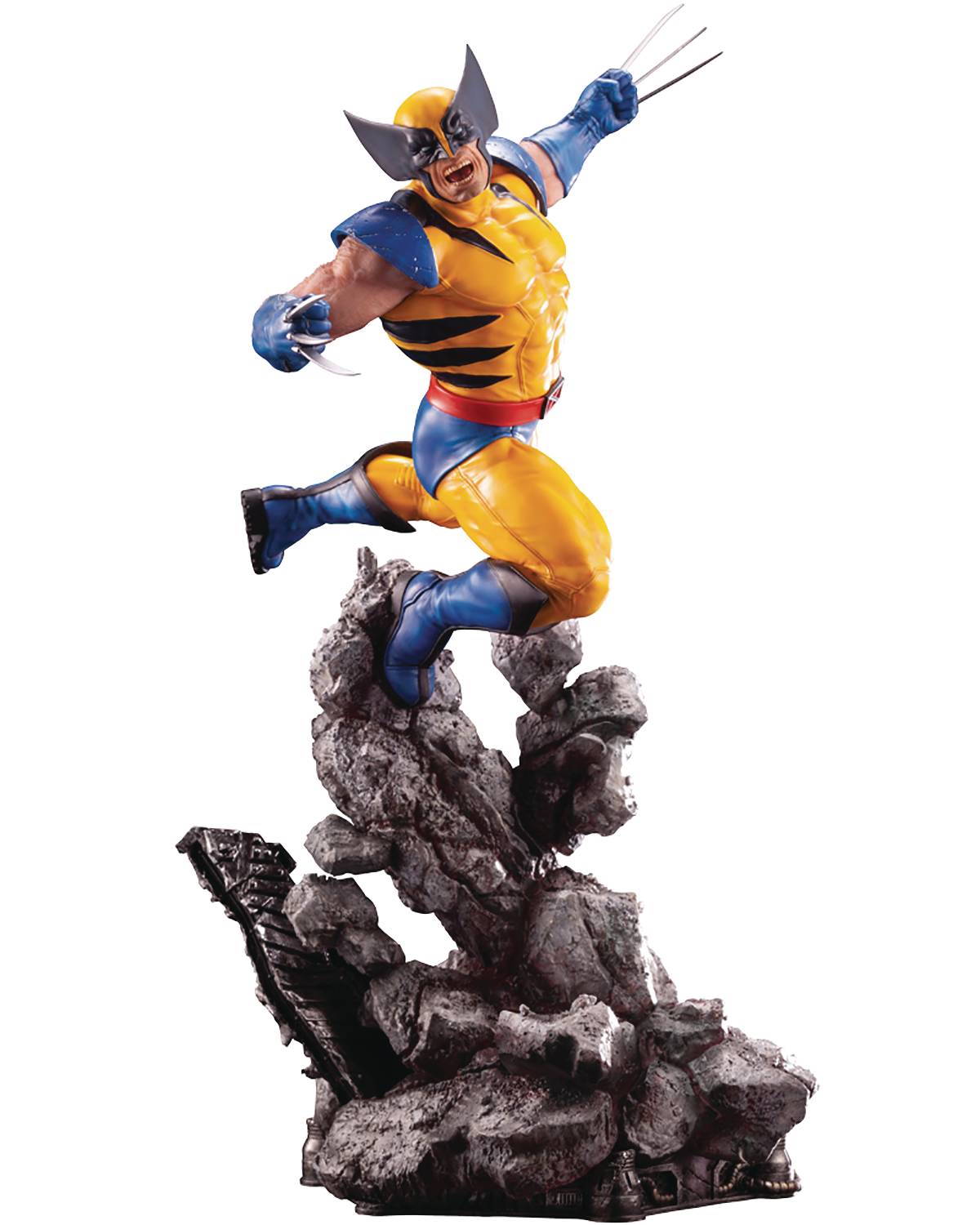 # #
DEC198560
From Kotobukiya. The well known X-Men character, Wolverine returns to the Fine Art Statue line. This statue was digitally sculpted to portray an intense battle scene! Wolverine has been carefully sculpted to showcase realistic movement and energy as he charges towards his enemies at full force. The disintegrated cement portrayed as the base for the statue adds extra depth and realism to the scene. The high-quality cold cast resin adds extra texture to every aspect of the statue,making this a piece of art that replicates the qualities of Wolverine is a way that can only be created by cold cast resin.