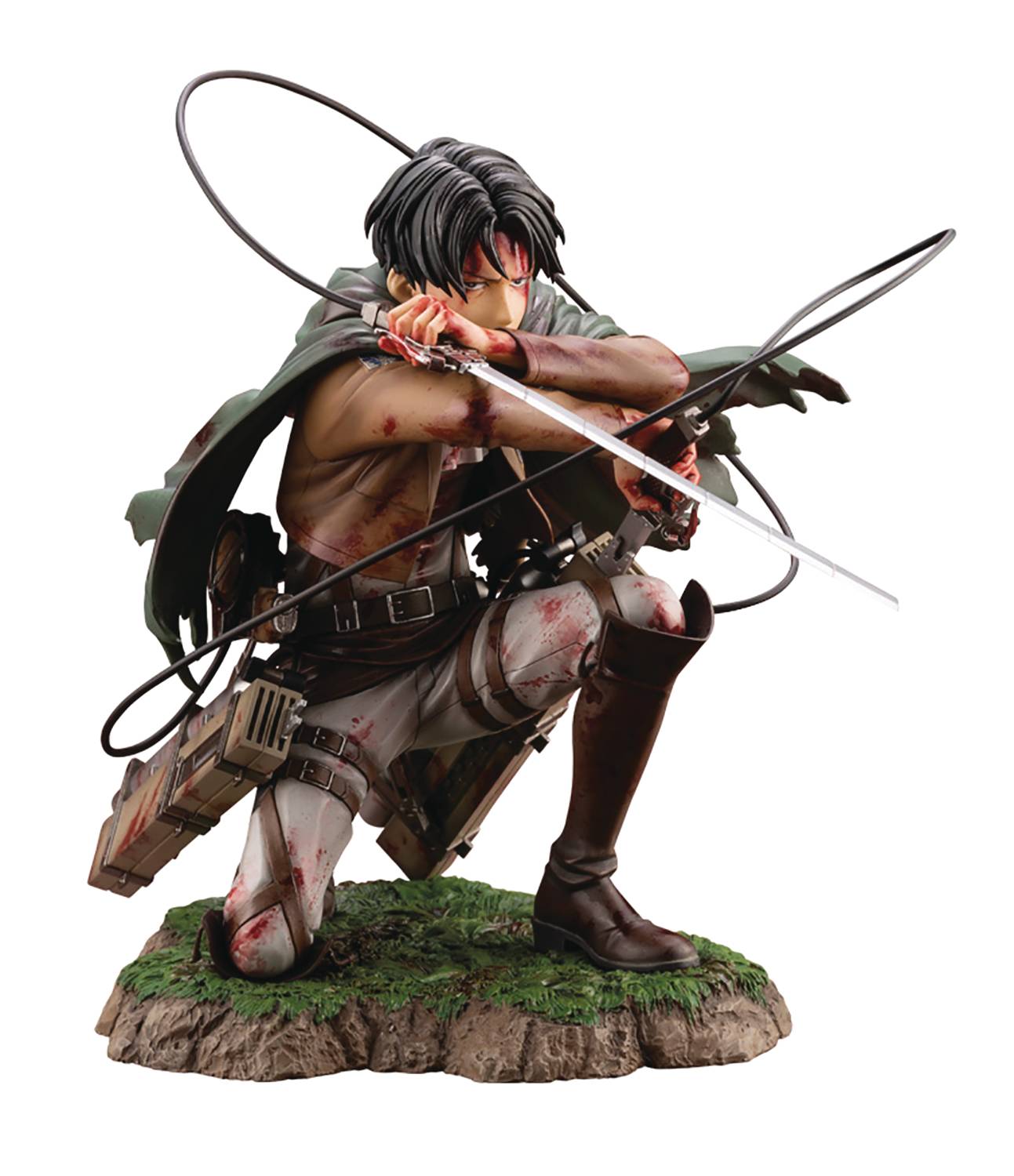 # #
DEC198336
From Kotobukiya. Levi from one of the world's best-selling manga series, Attack on Titan, comes to life in a 1/7-scale figure! Although wounded in combat, Levi can be seen pointing the blade of his Three Dimensional Maneuver Gear at his enemy in this scale figure rendition. Despite Levi's body being covered in wounds and uniform tattered, his will to survive and fight to the end shows his strong fortitude! Shin Tanabe who sculpted Kotobukiya's original ARTFX J Levi has returned to craft this new rendition!