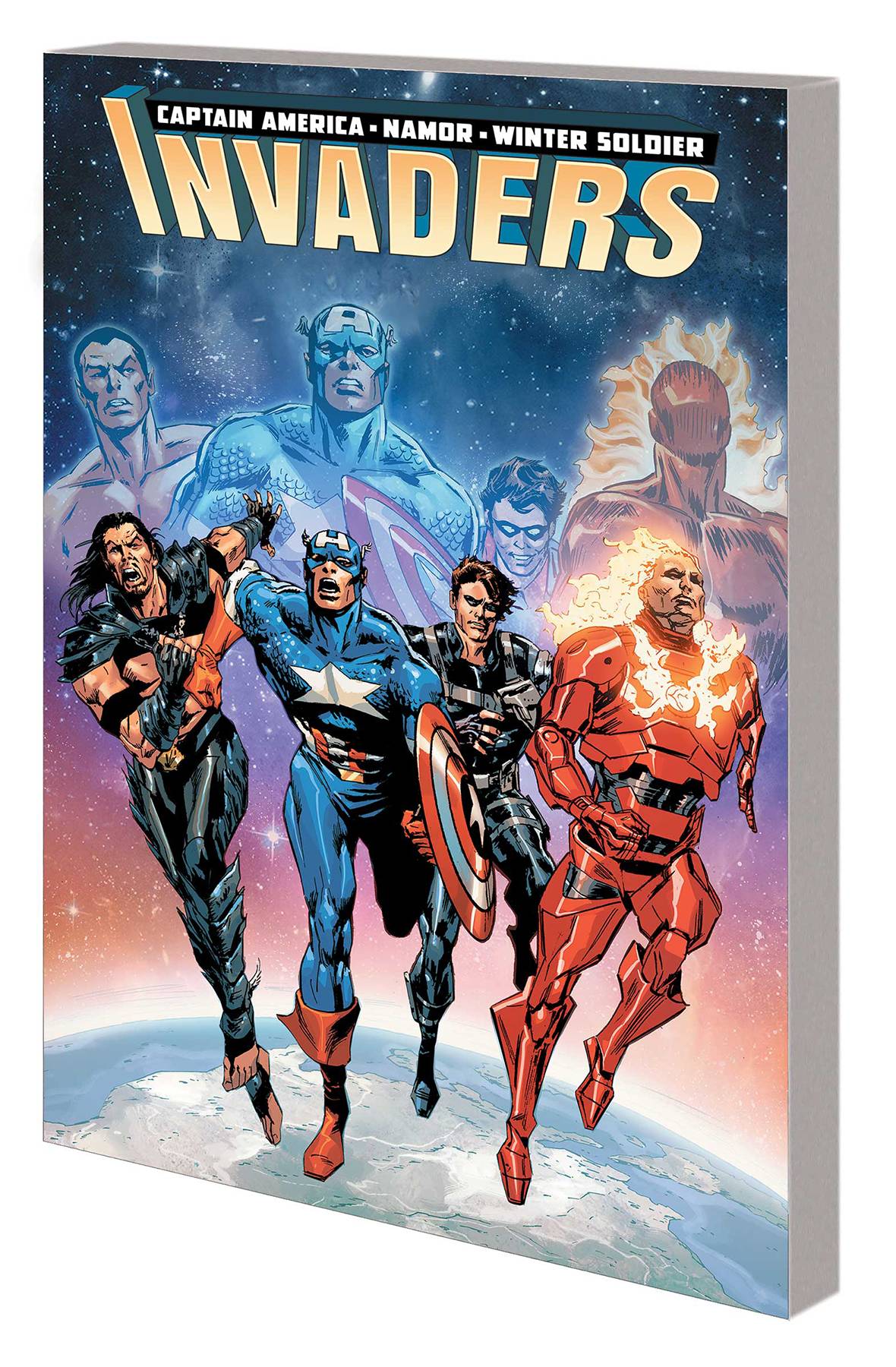 #
DEC190991
(W) Chip Zdarsky (A) Carlos Magno (A/CA) Butch Guice
The world is forever changed. The Invaders are shattered, and Namor is humanity's greatest threat. How did it all come to this? As mankind inches toward disaster, the Torch is transformed, the Winter Soldier undertakes a deadly mission and Captain America deals with the fallout as Roxxon targets Atlantis! Which classic Invader will join the fight to bring the Sub-Mariner to justice? Steve Rogers and Bucky Barnes must sacrifice everything to find a way to overcome both Roxxon and Namor - but whose side will their former comrade in arms be on as doomsday approaches? After all that's happened, can the Sub-Mariner possibly be redeemed? Or will the Spear crush the Invaders and remake the world in its image? Collecting INVADERS (2019) #7-12.
Rated T+
In Shops: Feb 26, 2020
SRP: $17.99
View All Items In This Series
ORDER SUBSCRIBE WISH LIST