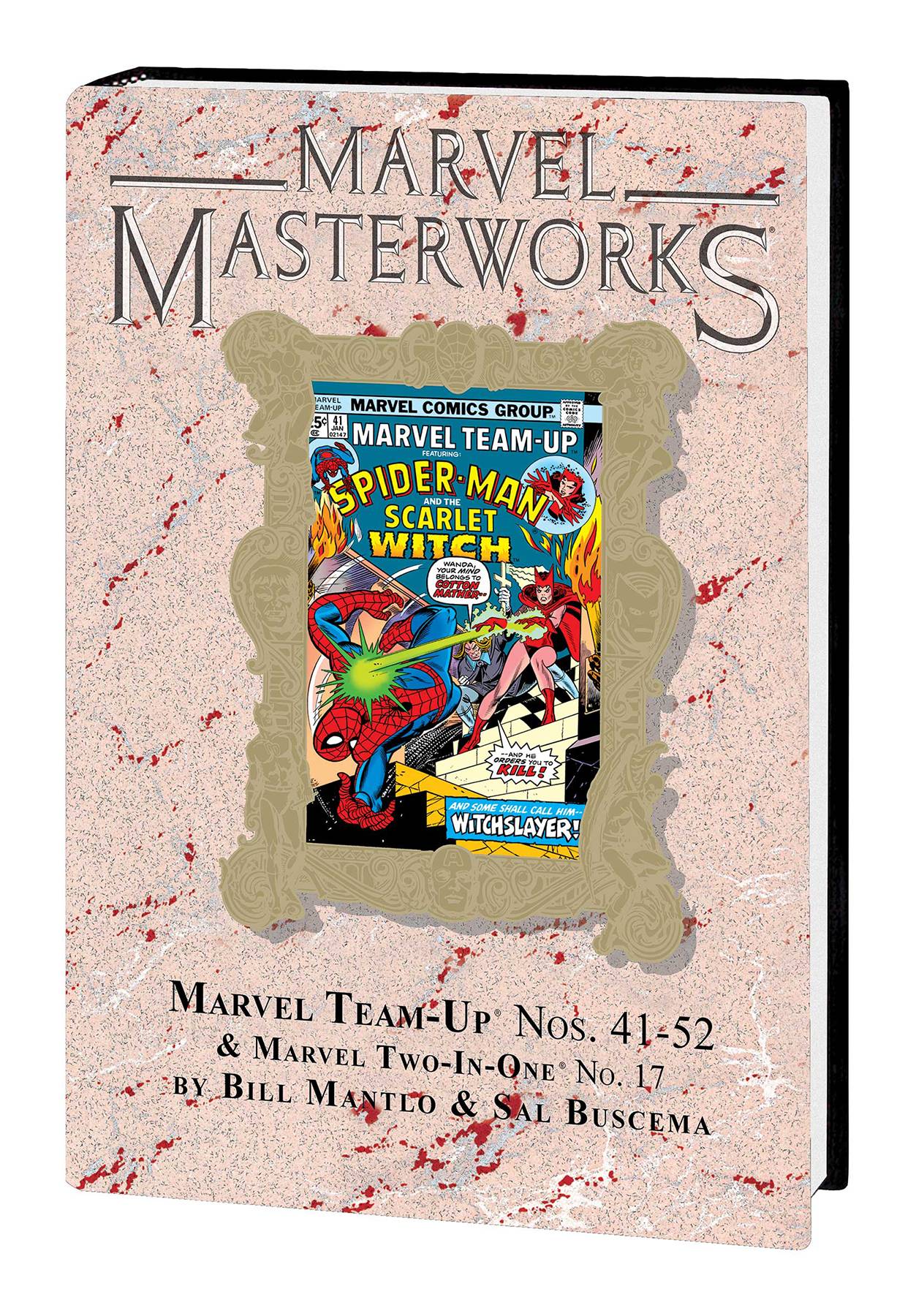 #
DEC190978
(W) Bill Mantlo, More (A) Sal Buscema, More (CA) Gil Kane
MARVEL TEAM-UP goes all timey-wimey as Spider-Man takes a bicentennial journey through America's past, present - and futures! When the man behind the Salem witch trials pulls the Vision and Scarlet Witch back in time, Spidey gets dragged along for the ride. But Doctor Doom doesn't cotton to people messing with his time platform, and he soon enters the fray - as they all must battle the Dark Rider! Then, it's off to the dystopian futures of Killraven and Deathlok - before landing back in the 20th century for a crossover co-starring the Thing! Finally, Spidey, Iron Man and Doctor Strange face the Wraith in a saga featuring the debut of a Marvel mainstay: tough-as-nails NYPD Captain Jean DeWolff! Collecting MARVEL TEAM-UP (1972) #41-52, MARVEL TWO-IN-ONE (1974) #17, MIGHTY MARVEL BICENTENNIAL CALENDAR 1976, and material from MARVEL TREASURY EDITION #9 and #13.
Rated T
In Shops: Jul 29, 2020
SRP: $75.00
View All Items In This Series