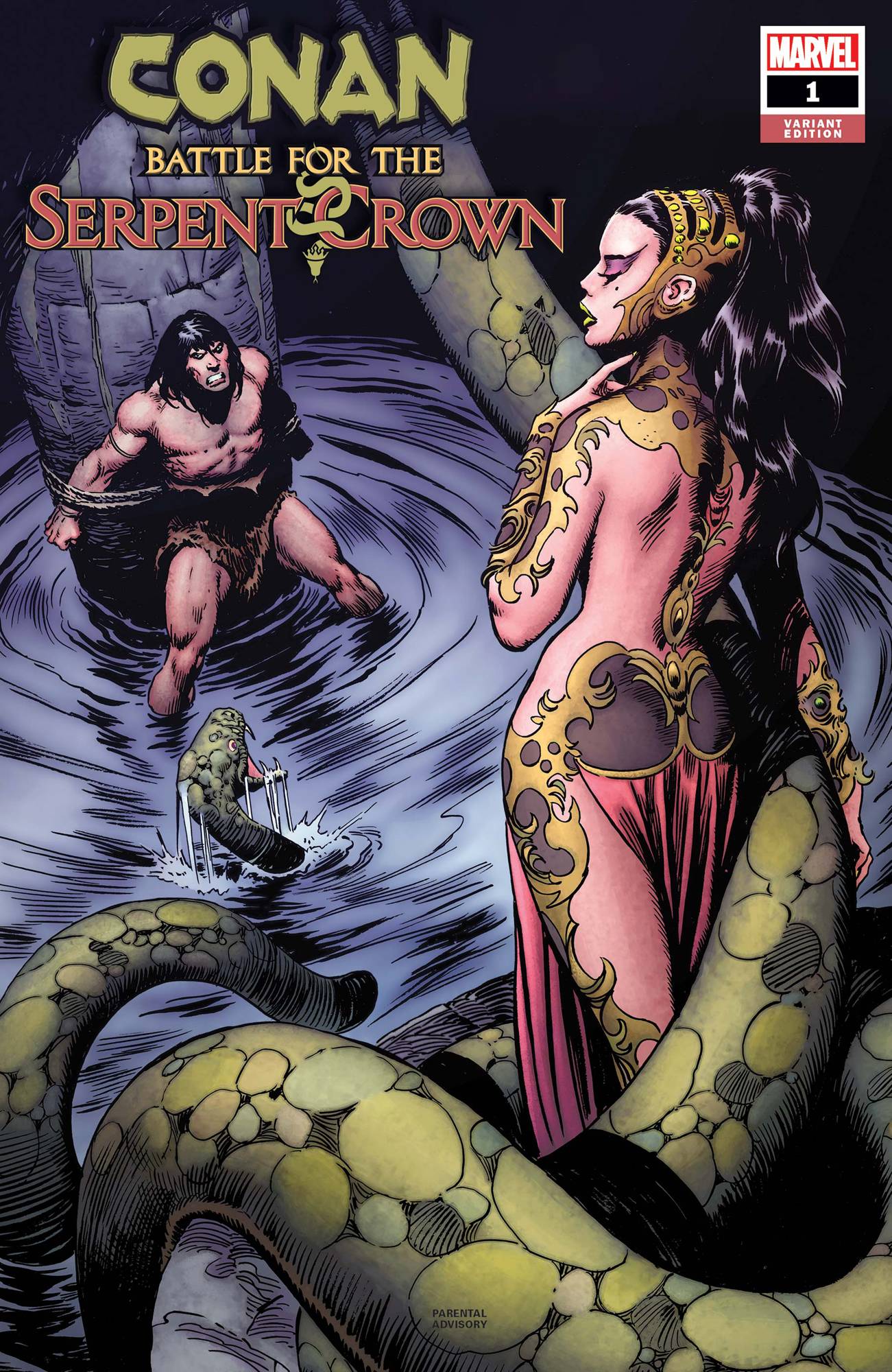 #
DEC190956
(W) Saladin Ahmed (A) Luke Ross (CA) John Buscema
A DEADLY QUEST AND A DARING HEIST... IN THE AGE OF MARVELS!
CONAN wanders the desert, and as he reaches the city, no Stygian temple nor Vendyhan fortress greets him.  No, something far stranger: the lights of fabulous Las Vegas!  Conan is far from home, and it's time for him to tread the thrones of the Marvel Universe under his sandaled feet!
The City of Sin is just the beginning for Conan's solo jaunt by Eisner award-winner Saladin Ahmed (BLACK BOLT, MILES MORALES: SPIDER-MAN) and Luke Ross (STAR WARS: ALLEGIANCE, SAVAGE SWORD OF CONAN), as the barbarian finds himself on a quest for a relic that predates even his Hyborian Age: the Serpent Crown of Atlantis!  But will his battle for this crown earn Conan his own kingdom, or doom him to a nefarious trap set forth by MEPHISTO?  Featuring a wide array of Marvel heroes and villains, this is an adventure you can't afford to miss!
Parental Advisory
In Shops: Feb 05, 2020
SRP: $3.99
View All Items In This Series