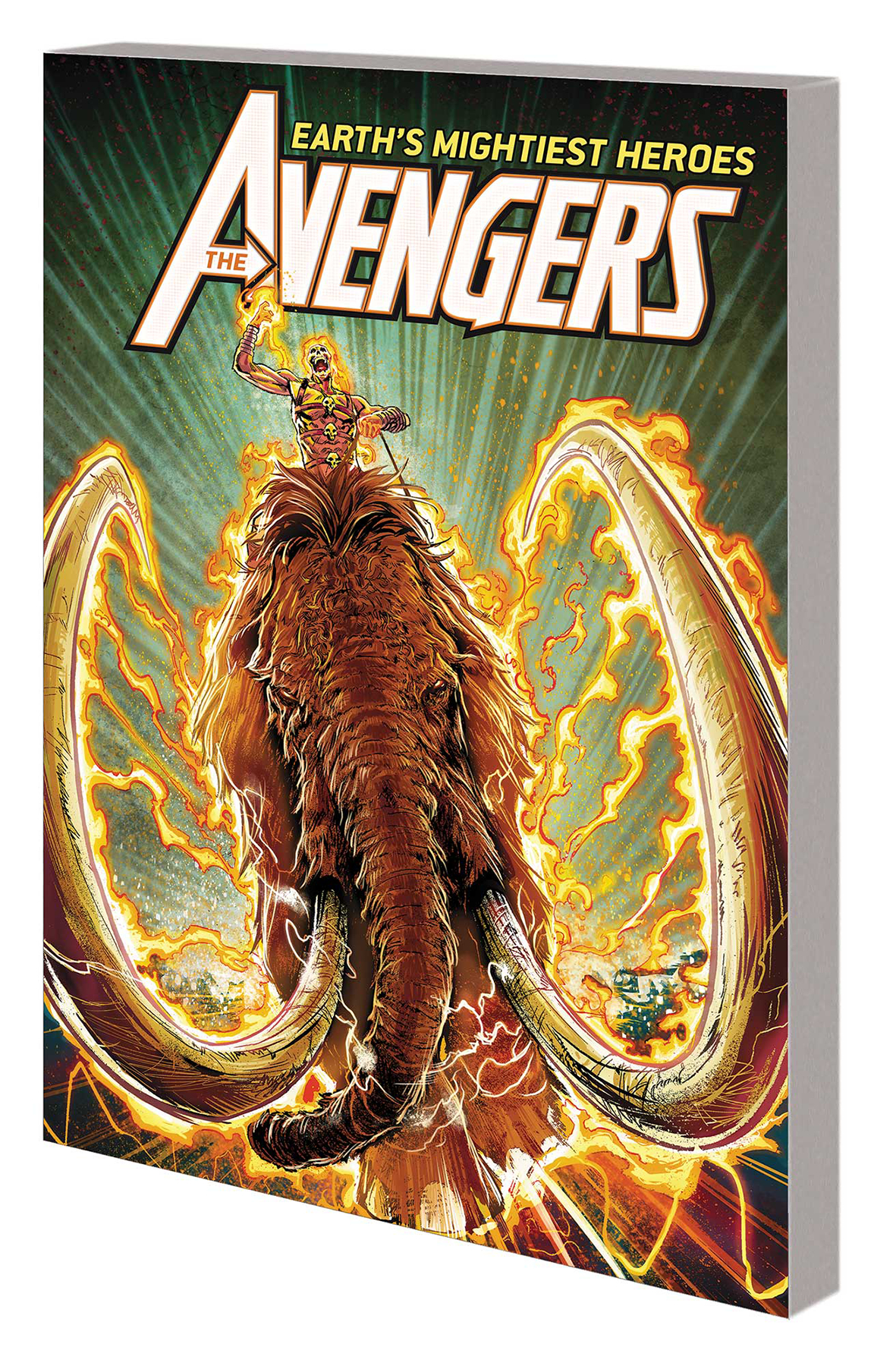 DEC181039
(W) Jason Aaron (A) Sara Pichelli, David Marquez, Adam Kubert, Ed McGuinness (CA) Geoff Shaw
Behold the wonders of Avengers Mountain! In the aftermath of their world-shaking battle against the Dark Celestials, the new Avengers team is officially formed - complete with a startling new headquarters at the top of the world. From there, they'll face a vengeful Namor and his Defenders of the Deep, and the reimagined Russian Super-Soldiers of the Winter Guard! Plus: A shocking surprise from the U.S. government! The all-new Agents of Wakanda! The mystery of the Avengers of 1,000,000 BC deepens! Which startling character will become the newest Avenger? And if you thought you knew the beginnings of the Marvel Universe, you were wrong! Witness the prehistoric origin of the very first Ghost Rider - who rides a flaming woolly mammoth, and battles a savage and familiar foe! Collecting AVENGERS (2018) #7-12.
Rated T+
In Shops: Mar 06, 2019
SRP: $17.99
View All Items In This Series
ORDER SUBSCRIBE WISH LIST