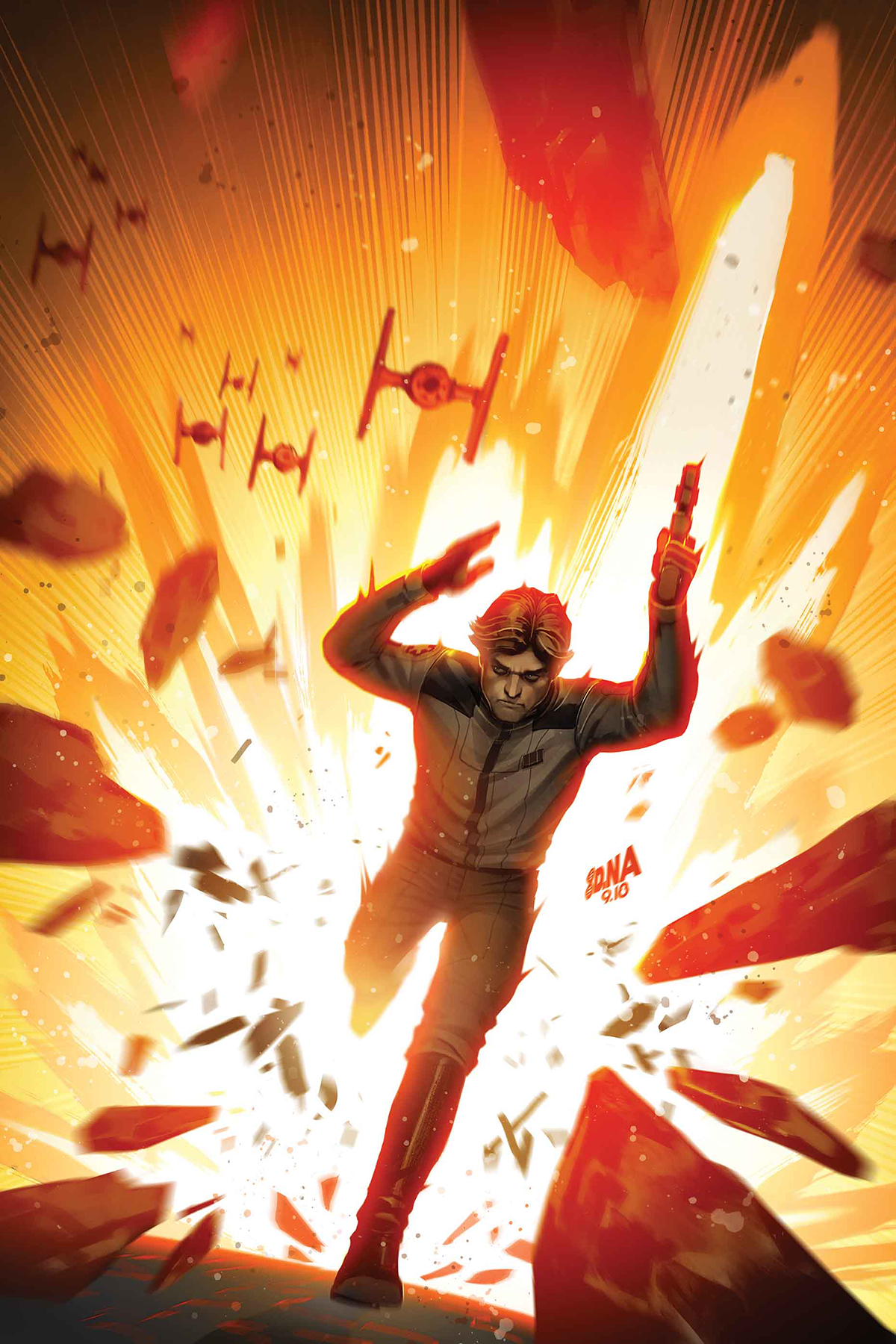 DEC181014
(W) Robbie Thompson (A) Leonard Kirk (CA) David Nakayama
THE MISSION BEGINS!
•  The training wheels are off as HAN SOLO and his fellow cadets head into real combat warfare!
•  In the chaos of battle, will Han take a chance to slip the bonds of the EMPIRE?
•  Or will he risk his freedom AND his life to help a fellow cadet left behind enemy lines?
Rated T
In Shops: Feb 13, 2019
SRP: $3.99
View All Items In This Series