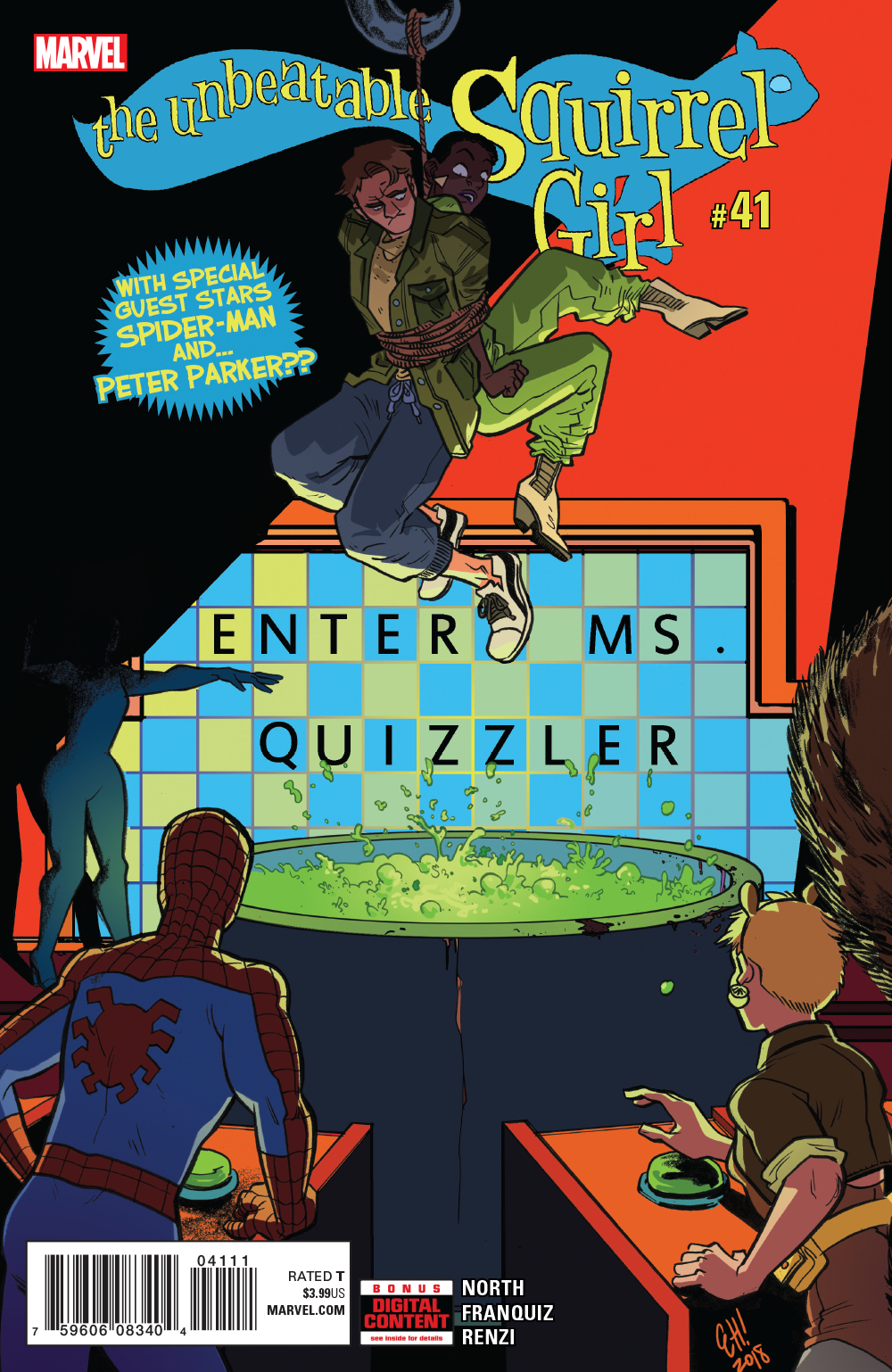 DEC180990
(W) Ryan North (A) Naomi Franquiz (CA) Erica Henderson
• In the past months, Squirrel Girl has battled Kraven, rescued NYC from supernatural silence, kinda-maybe died and also fought Skrulls! So now it's time for a nice break...which is why in THIS issue, Squirrel Girl does nothing but watch public domain movies on television!
•  That's right! She just sits there! You can kinda see the TV screen over her shoulder in a couple of panels, but that's it! It's really quiet and relaxing and nothing much happens.
•  ...
•  ...THAT IS, UNTIL NANCY WHITEHEAD AND ANOTHER ESU STUDENT BY THE NAME OF PETER PARKER ARE TAKEN HOSTAGE BY A SUPER VILLAIN INTENT ON PROVING THAT SHE'S THE SMARTEST PERSON ON THE PLANET!
•  Then it's super hero battles featuring THOR and SHE-HULK on a DATE! SQUIRREL GIRL matching wits against MS. QUIZZLER! And MORE!
•  Artist Naomi Franquiz makes her MARVEL DEBUT in a stanalone adventure you won't want to miss!
Rated T
In Shops: Feb 13, 2019
SRP: $3.99
View All Items In This Series