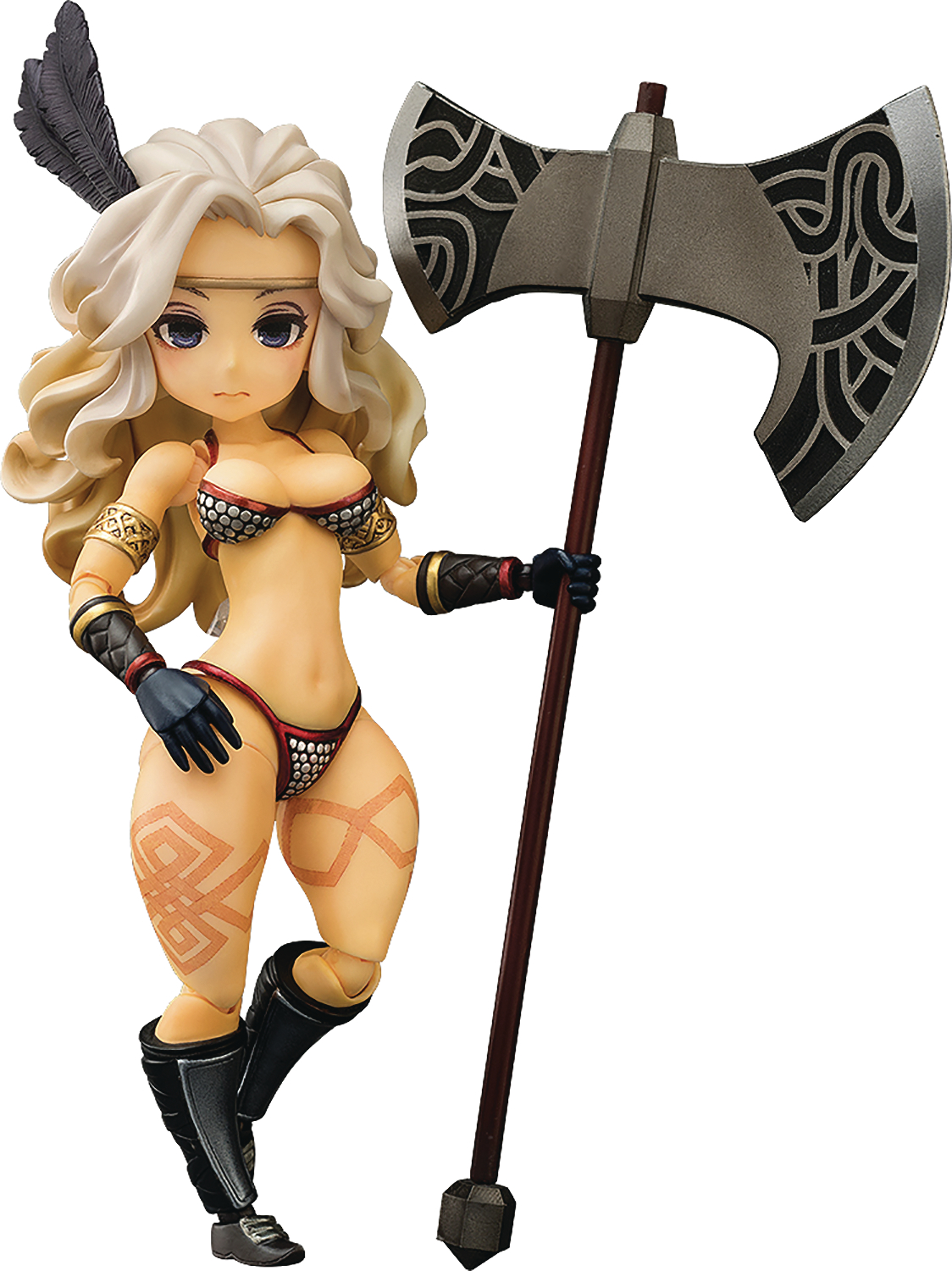 DEC178829
From Phat! Phat! Company teamed up with the garage kit dealer 'RyunRyunTei' Toona Kanshi to codevelop a new generation of action figures known as the Parfom series! The next figure to join the series is one of the main characters from the fantasy action RPG, Dragon's Crown Pro! Her beautiful yet muscular build has been carefully adjusted to suit the Parfom design, and she comes with two different great axes that stand taller than the Amazon herself. An alternate bent pole for the axes is also included which can be used to show the force behind the powerful swings! Other parts include an apple to keep her hunger sated as well as a pile of skulls which can be displayed by her side.