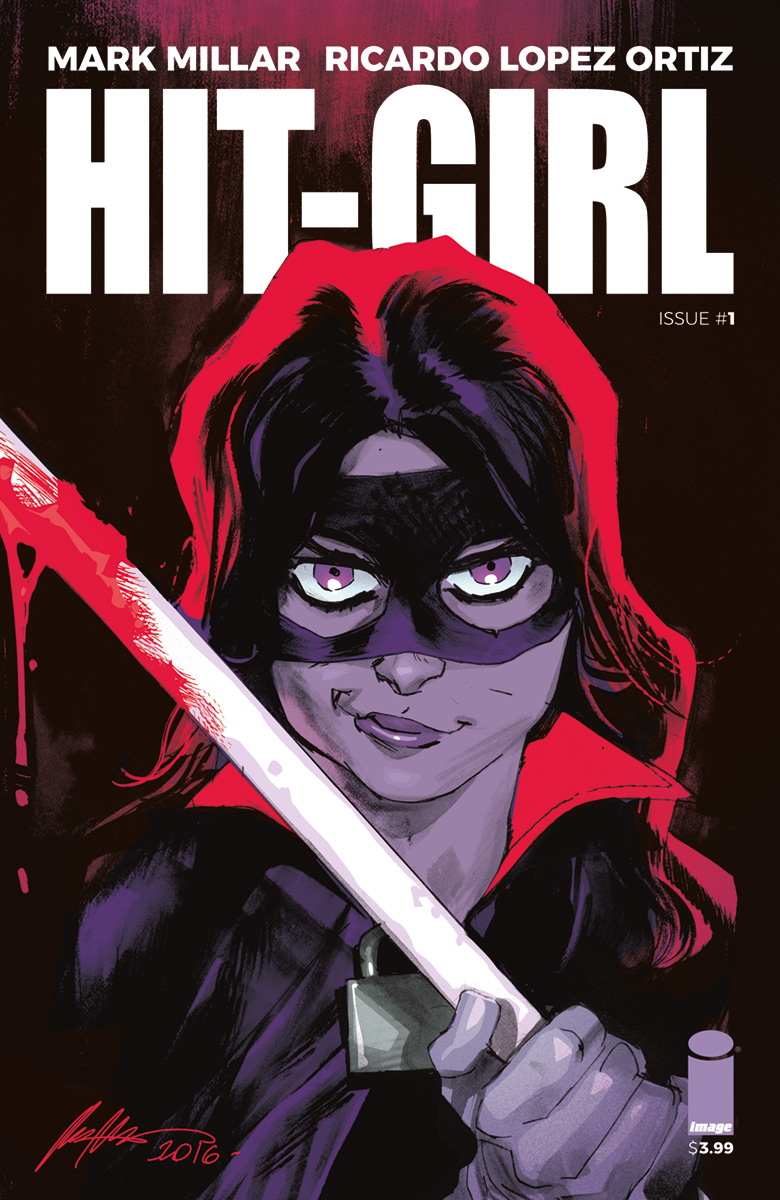 DEC170579
(W) Mark Millar (A) Ricardo Lopez Ortiz (CA) Rafael Albuquerque
HIT-GIRL IS BACK!
The pint-sized Punisher-meets-Polly-Pocket has left America behind and set off to serve justice around the world. First stop: Colombia. A mother seeking vengeance for the murder of her child enlists Hit-Girl to destroy his killer, but Mindy has bigger plans for Colombia's most feared hitman. MARK MILLAR and RICARDO LOPEZ ORTIZ join forces for the first chapter of Hit-Girl's world tour in this new, ongoing monthly series.
In Shops: Feb 21, 2018
SRP: $3.99
View All Items In This Series
ORDER SUBSCRIBE WISH LIST