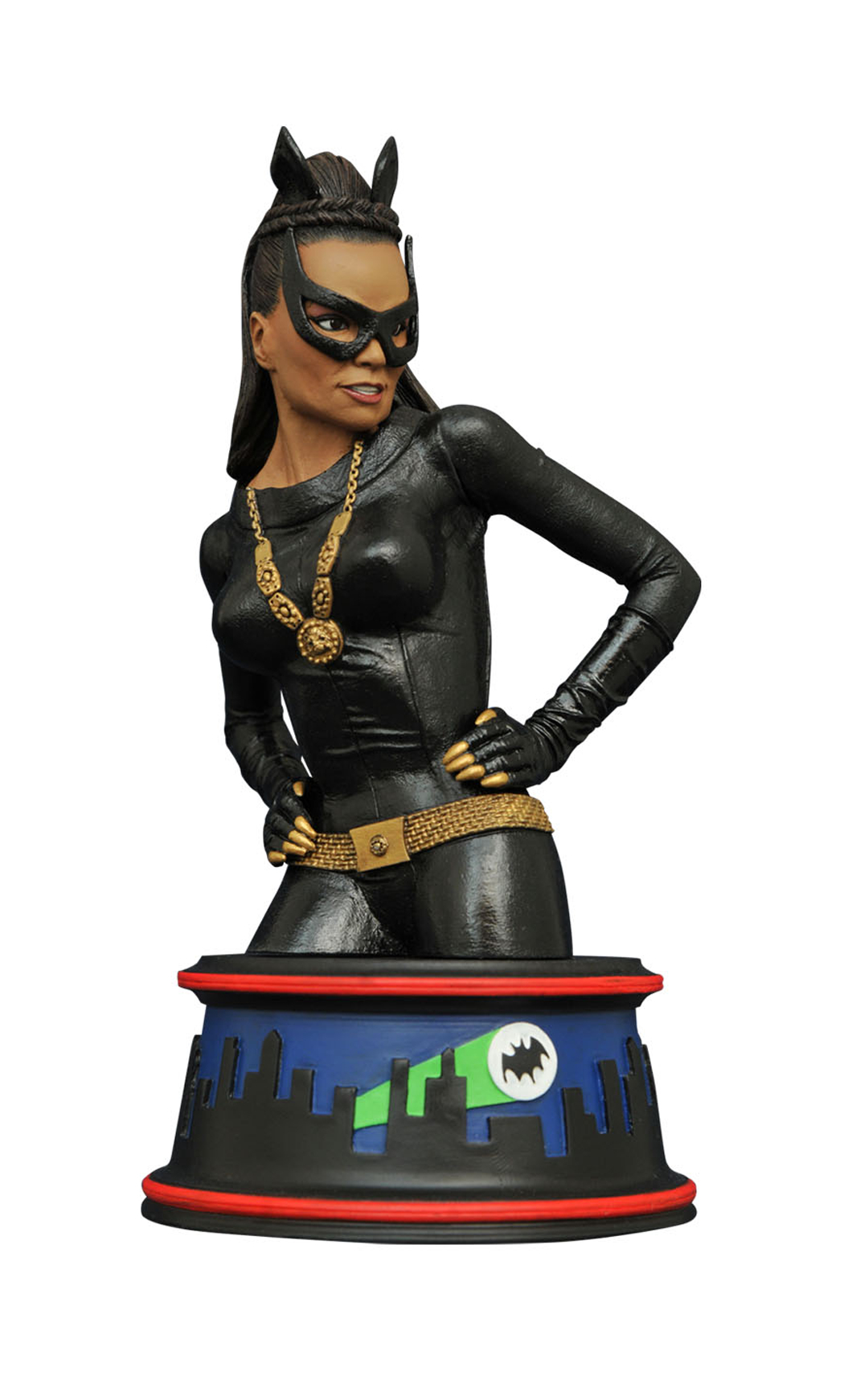 DEC162560
A Diamond Select Toys Release! This tiger has changed its stripes! Like many of Batman's classic foes from the 1960s TV series, Catwoman underwent several metamorphoses over the run of the show, and in Season 3, she was played by sultry singer Eartha Kitt! This 6-inch-tall resin bust depicts Kitt as Catwoman, perched atop a colorful base inspired by the show's animated opening credits. It's the purr-fect addition to your Batman Classic TV Series bust collection! Packaged in a full-color box with a certificate of authenticity. Designed by Barry Bradfield! Sculpted by Jean St. Jean!