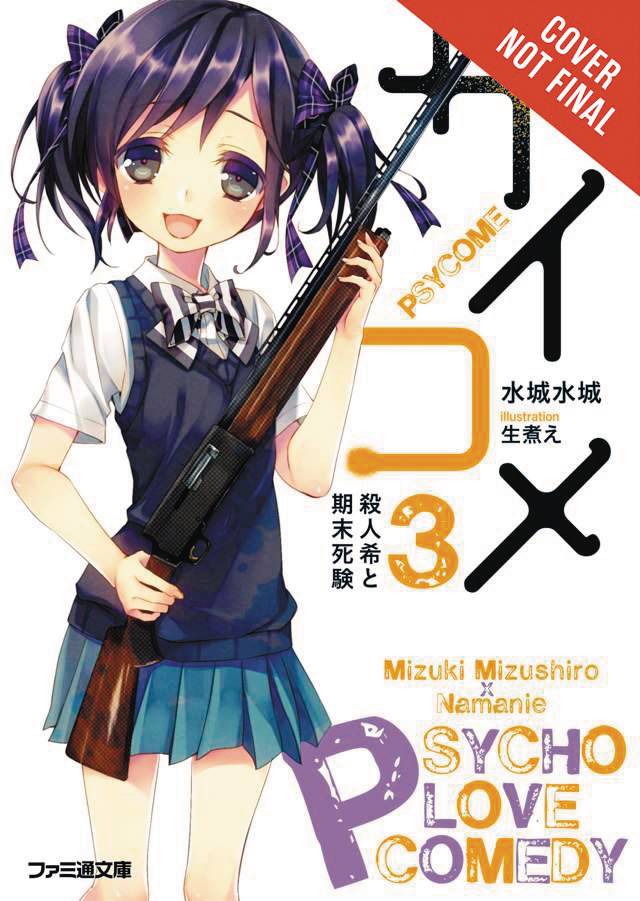 #
DEC162128
(W) Mizuki Mizushiro
As the final exams for parole draw near, suddenly a transfer student appears! And the newcomer is none other than Kyousuke's little sister, Ayaka Kamiya! Ayaka could not be happier with this reunion but Kyousuke is terrified. What's more, he soon finds out that for the sake of meeting her beloved brother, Ayaka committed attempted murder. Considering Ayaka's mental state, Kyousuke resolves himself to protect her from the pack of killers he calls classmates. But, if someone, let's say Renko, were to find out that Kyousuke's most important "Ayaka" is his sister, there'll be hell to pay! Facing dangers left and right, Kyousuke will have to be more resourceful than ever to get himself - and his sister - out in one piece.
In Shops: Feb 15, 2017
SRP: $14.00
View All Items In This Series