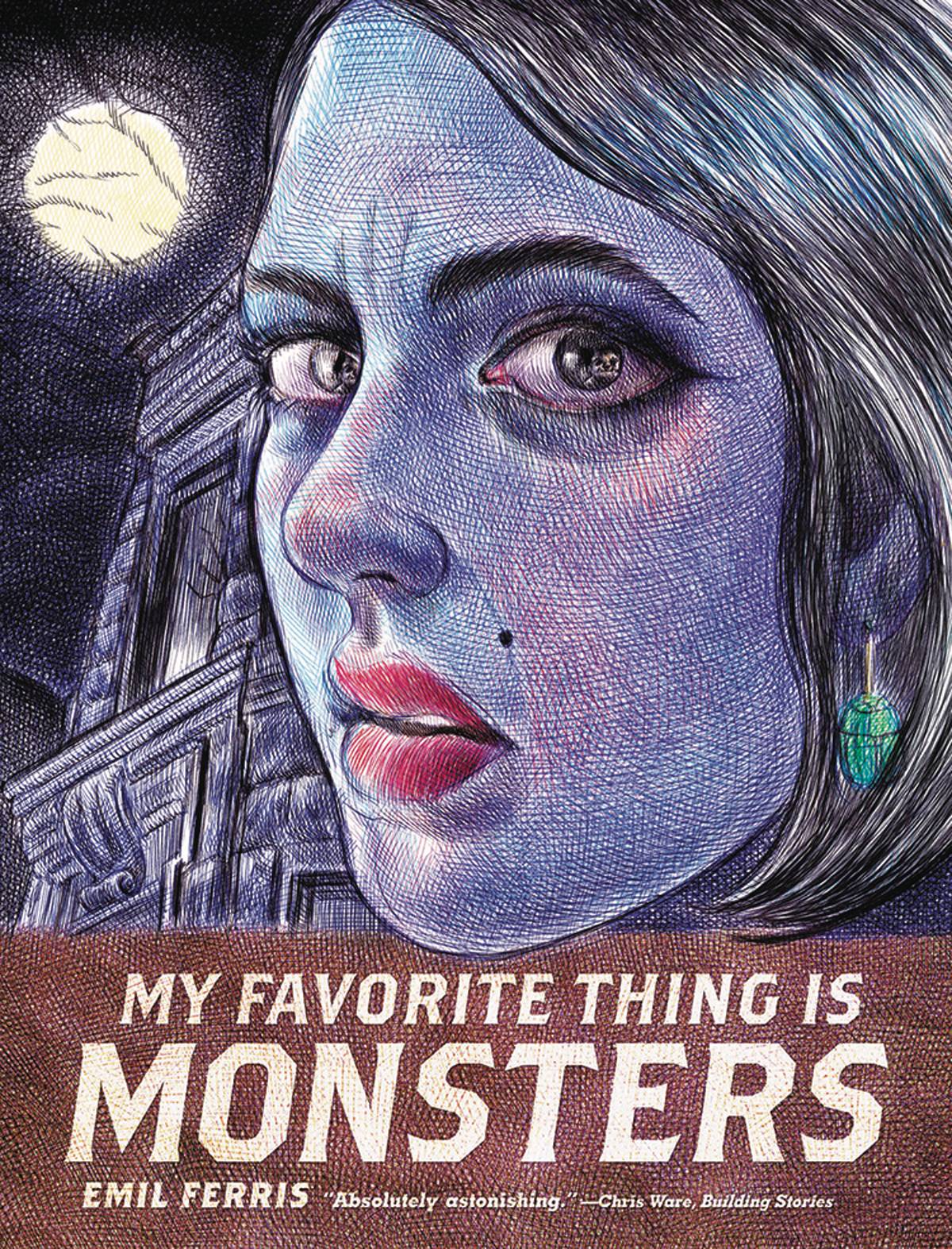 #
DEC161677
(W) Emil Ferris (A/CA) Emil Ferris
My Favorite Thing Is Monsters is a murder mystery, a family drama, a sweeping historical epic, and a psychological thriller about monsters, real and imagined. Set against the political backdrop of late '60s Chicago, Karen Reyes tries to solve the murder of her enigmatic upstairs neighbor. Rendered in a kaleidoscopically visual style, Emil Ferris' draftsmanship echoes the drawing of Otto Dix, George Grosz, and Robert Crumb. This is a revelatory work of striking originality and will undoubtedly be greeted as the debut graphic novel of the year.
In Shops: Feb 15, 2017
SRP: $39.99
View All Items In This Series