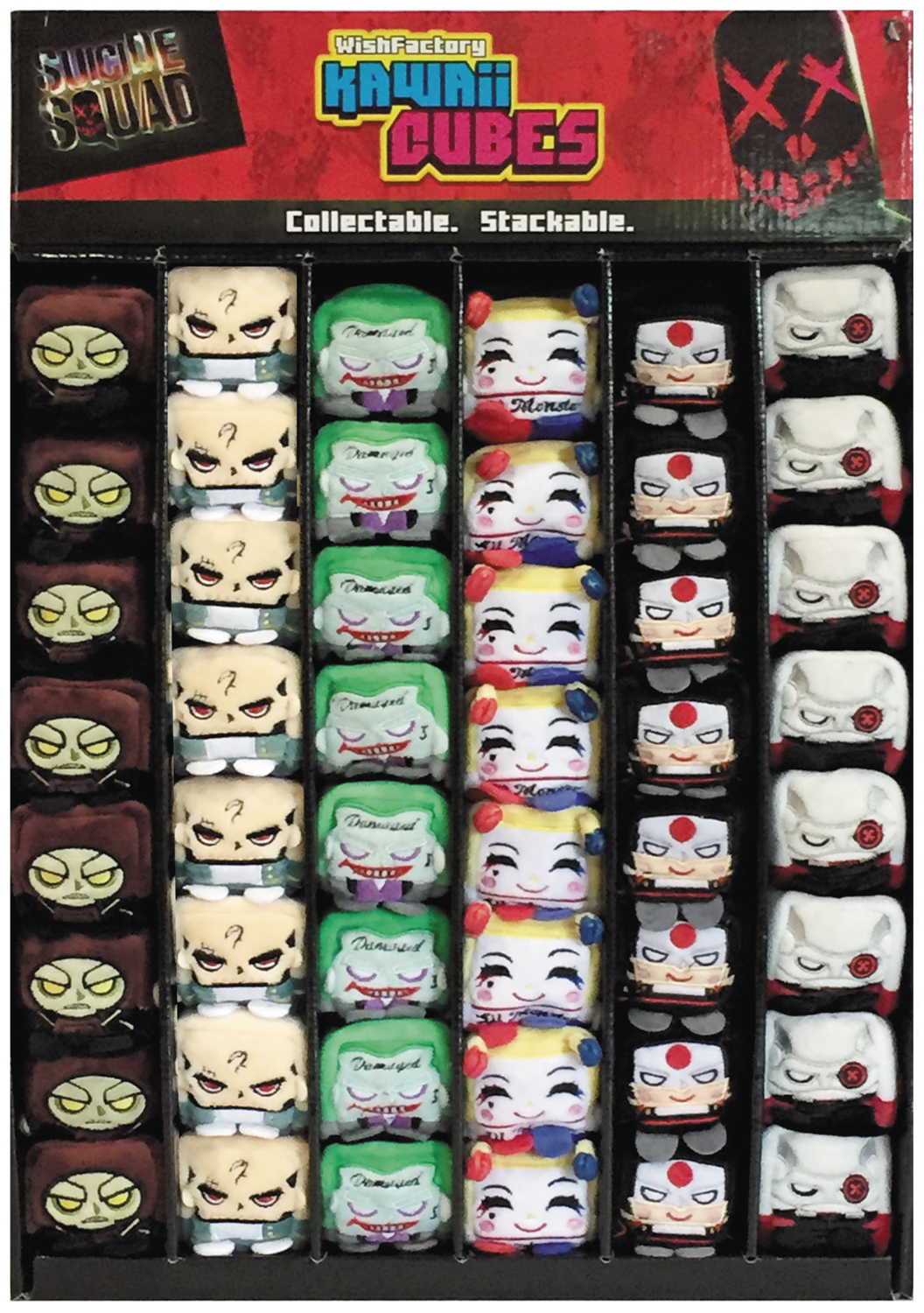 DEC158489
Kawaii, a term that denotes cuteness within the context of Japanese culture, is now a prominent feature of Japanese popular culture. Kawaii Cubes are a completely different - and completely adorable - twist on favorite licensed characters. Taking a basic geometric shape, the cube, as its form, the Kawaii Cubes inspire creativity and play, plus their shape makes storing them convenient through stacking. Offered in a variety of styles, Kawaii Cubes will be released in limited quantities, making them collectible and sought-after. Based on the forthcoming Suicide Squad film, these 2" x 2" small Kawaii Cubes include Deadshot, Harley Quinn, The Joker, and many more characters!