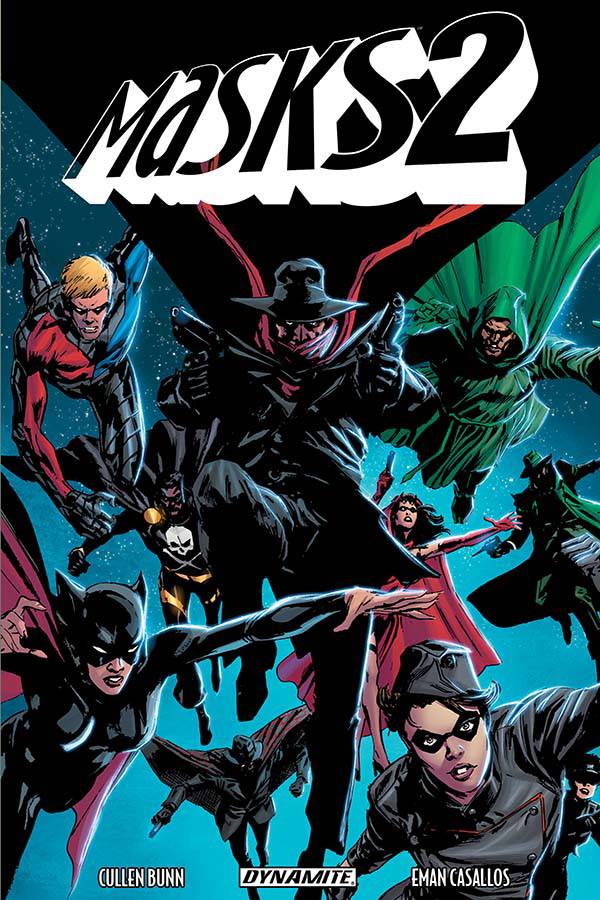 #
DEC158322
(W) Cullen Bunn (A) Eman Casallos (CA) Butch Guice
The Shadow. The Green Hornet and Kato. Black Terror. The Spider. Peter Cannon, Thunderbolt. Miss Fury. These are just a few of the masked vigilantes drawn into a mystery that spans the decades. Inspired by Edgar Allan Poe's infamous short story and able to kill thousands of people in mere seconds, the Red Death hosts a bizarre masquerade across the 1930s, 1970s, modern day, and beyond, exposing her hapless victims to plague and threatening a legacy of costumed heroes. Over a dozen crime-fighters must risk their lives, hurling themselves into the time stream, to halt the madwoman's bloodbath!
In Shops: May 18, 2016
SRP: $24.99
View All Items In This Series