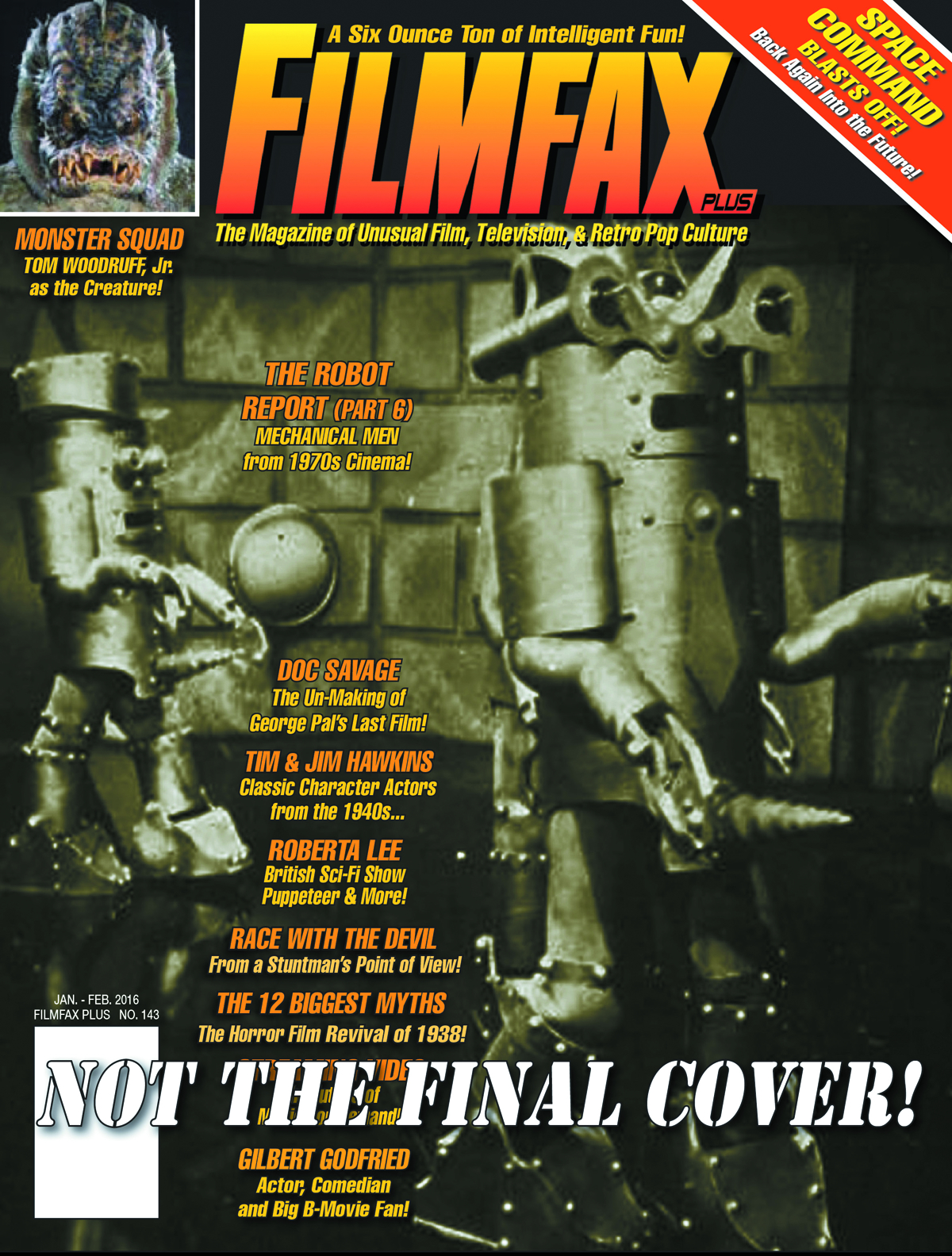 DEC151864
Filmfax looks at the horror film revival of 1938, and disappearance after WW2; the 12 biggest myths of horror films (Part 4); an interview with classic 1940s character actors Tim and Jim Hawkins; The Robot Report (Part 7): "Metal Men in 1970s Cinema and TV"; plus Real Retro Robots: A Pictorial; The Un-Making of George Pal's Doc Savage (Part 2); SFX master Tom Woodriff, from Star Trek to The Monster Squad; anbd much more!