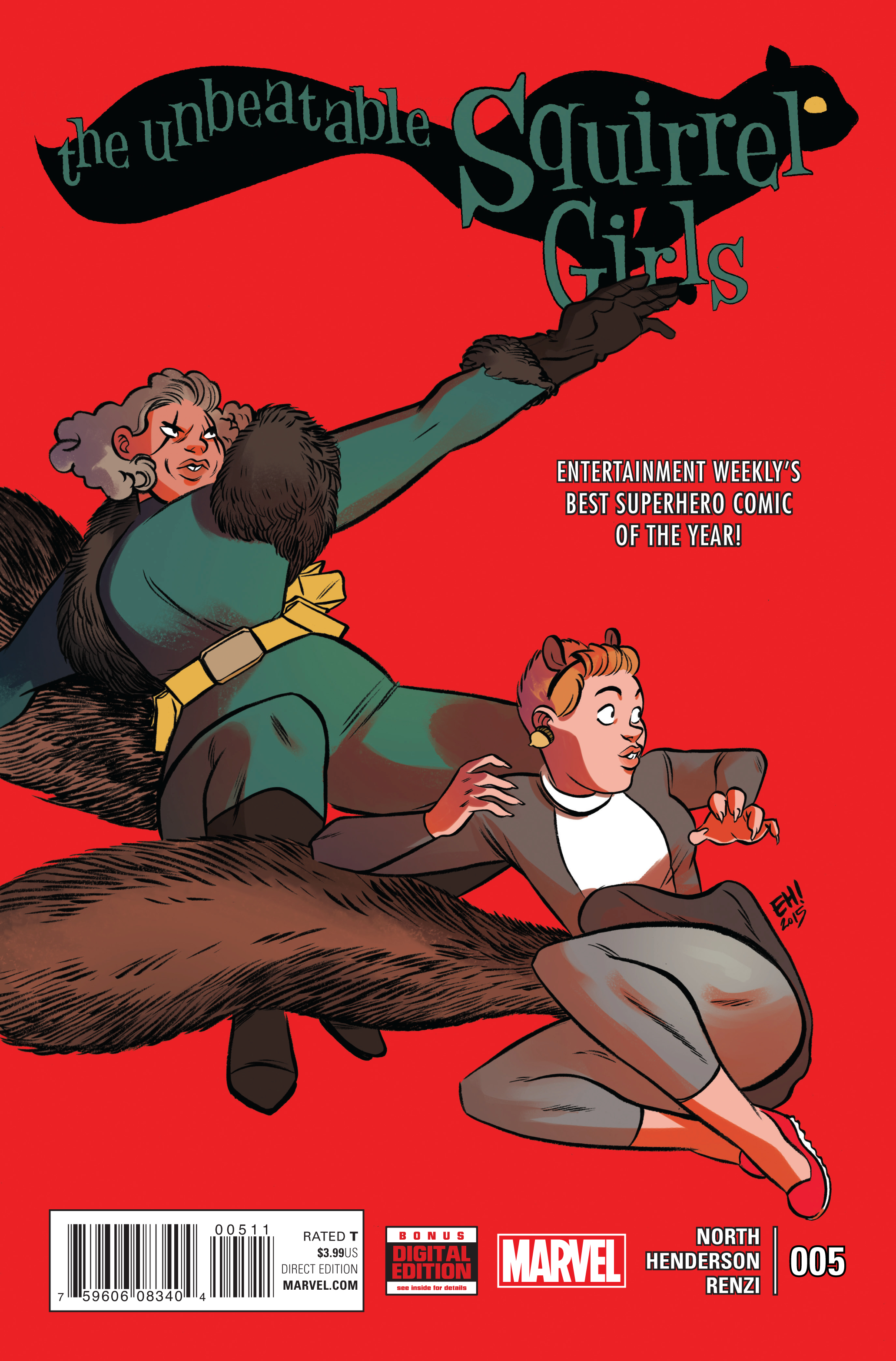 DEC150840
(W) Ryan North (A/CA) Erica Henderson
• Squirrel Girl has been sent back in time to the sixties, which would be fine I guess, except now the future is ruled by Doctor Doom!
•  Anyway, that's not her fault, but she's still fixing it because she's just THAT GOOD.
•  The final battle between Doctor Doom, Squirrel Girl and... an old-lady version of Squirrel Girl from the future?? Yes! Meet the sensational character find of 2016: AN OLD LADY!
•  Fun fact: Besides adults literally fighting each other, this issue also features SEVERAL jokes!
•  Don't miss the hit comic featured on Entertainment Weekly's Must List (which was several months ago for everyone reading this, but it was just yesterday when this text was being written and we're all still very excited about it!)!
Rated T
In Shops: Feb 24, 2016
SRP: $3.99
View All Items In This Series