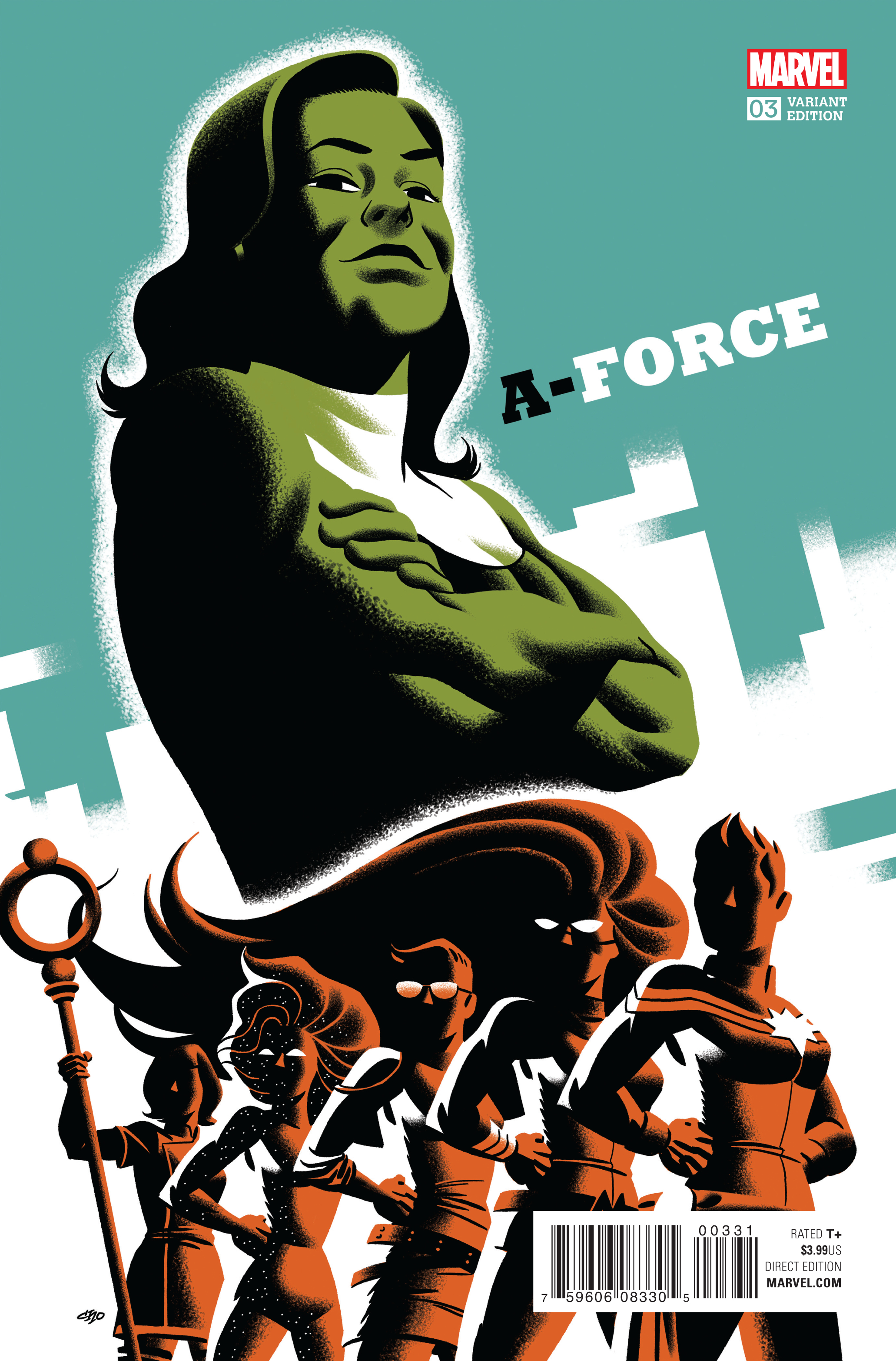 DEC150769
(W) G. Willow Wilson, Kelly Thompson (A) Jorge Molina (CA) Michael Cho
• As Antimatter grows increasingly dangerous, SHE-HULK, CAPTAIN MARVEL, MEDUSA, DAZZLER and NICO MINORU must put aside their differences and learn to become a real team - the team Singularity knows they can be - before it's too late.
•  When a desperate battle in space with Antimatter goes awry it may be the death of one of them, just as this new team is beginning to find its way.
•  Meanwhile Tempest Bell's analysis of Antimatter may not bode well for the future of A-Force.
Rated T+
In Shops: Mar 02, 2016
SRP: $3.99
View All Items In This Series