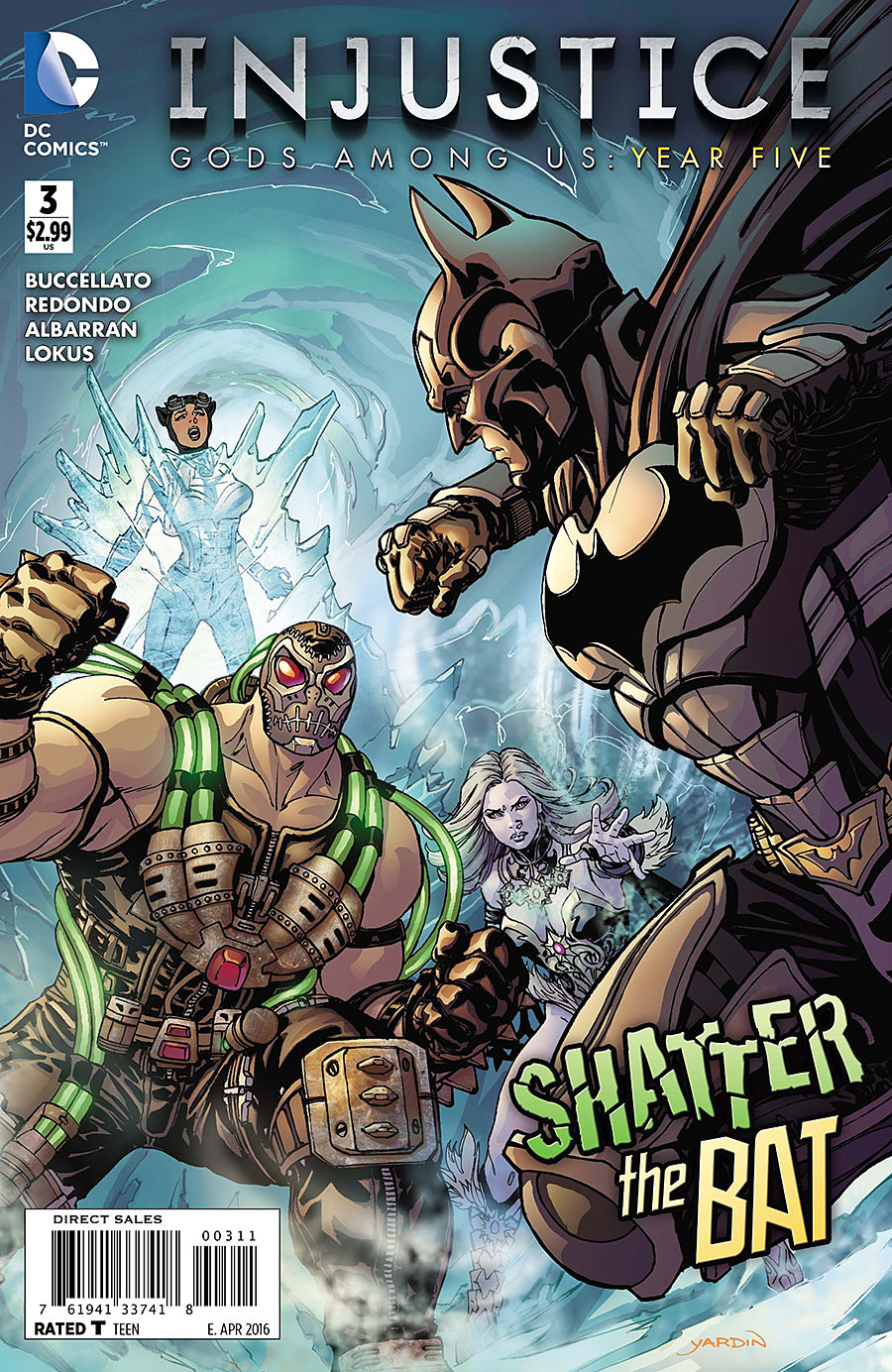 DEC150303
(W) Brian Buccellato (A) Bruno Redondo, Juan Albarran (CA) David Yardin
Killer Frost has Catwoman on ice, trying to coerce her into coming over to the side of the Regime. When Batman comes to her rescue, Frost brings some muscle to the fight: Superman's newest henchman, Bane! Meanwhile, Damian has a pivotal encounter with Alfred.
In Shops: Feb 10, 2016
SRP: $2.99
View All Items In This Series