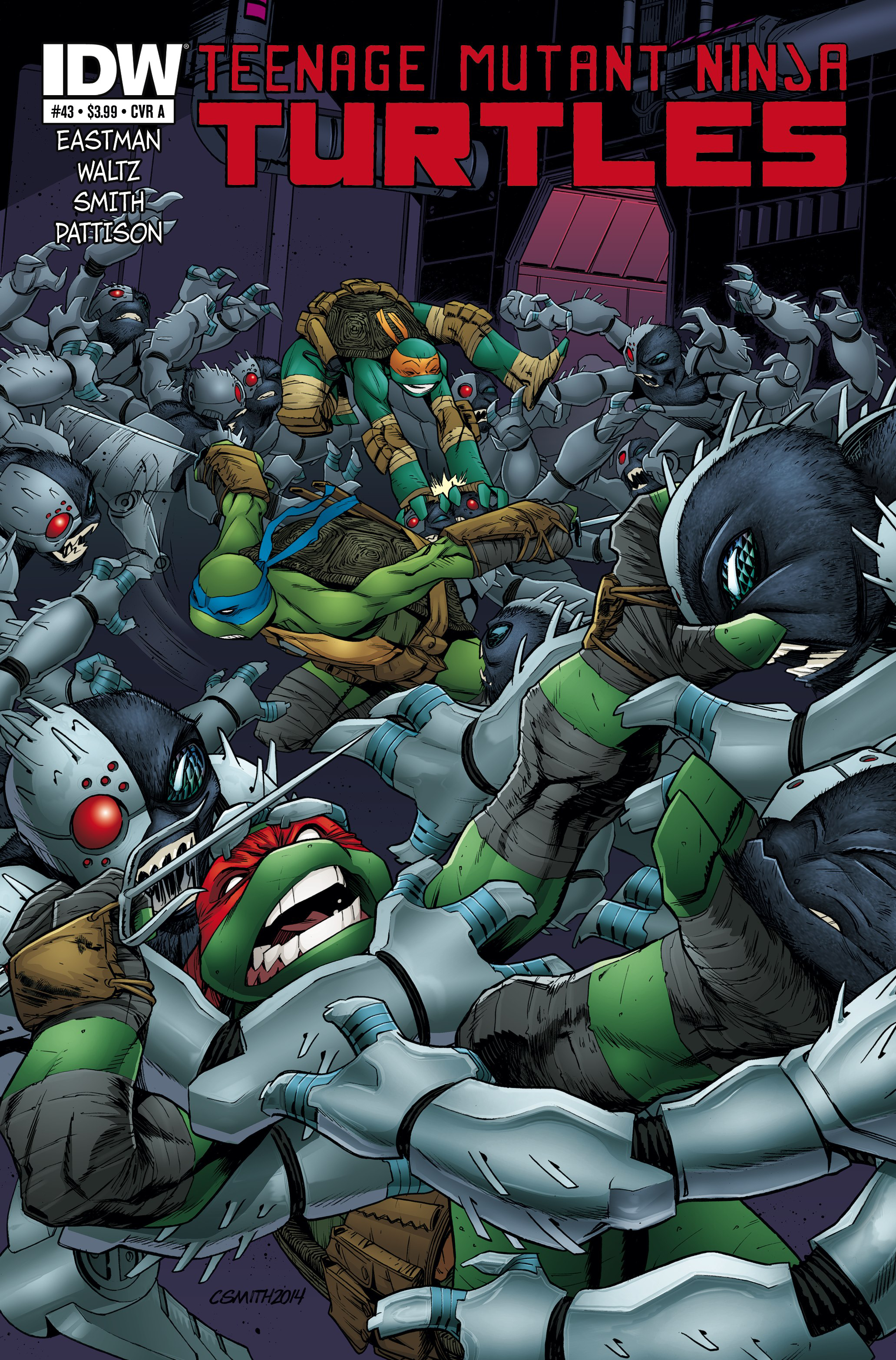 DEC140486
(W) Tom Waltz, Kevin Eastman (CA) Kevin Eastman (A/CA) Cory Smith
"Attack on Technodrome" Part 3! A major battle on Burnow Island unfolds! Will the Turtles be able to help Fugitoid to deactivate the Technodrome before it's too late? Meanwhile, Splinter and the Mutanimals go up against Karai and the Foot!
In Shops: Feb 25, 2015
SRP: $3.99
View All Items In This Series