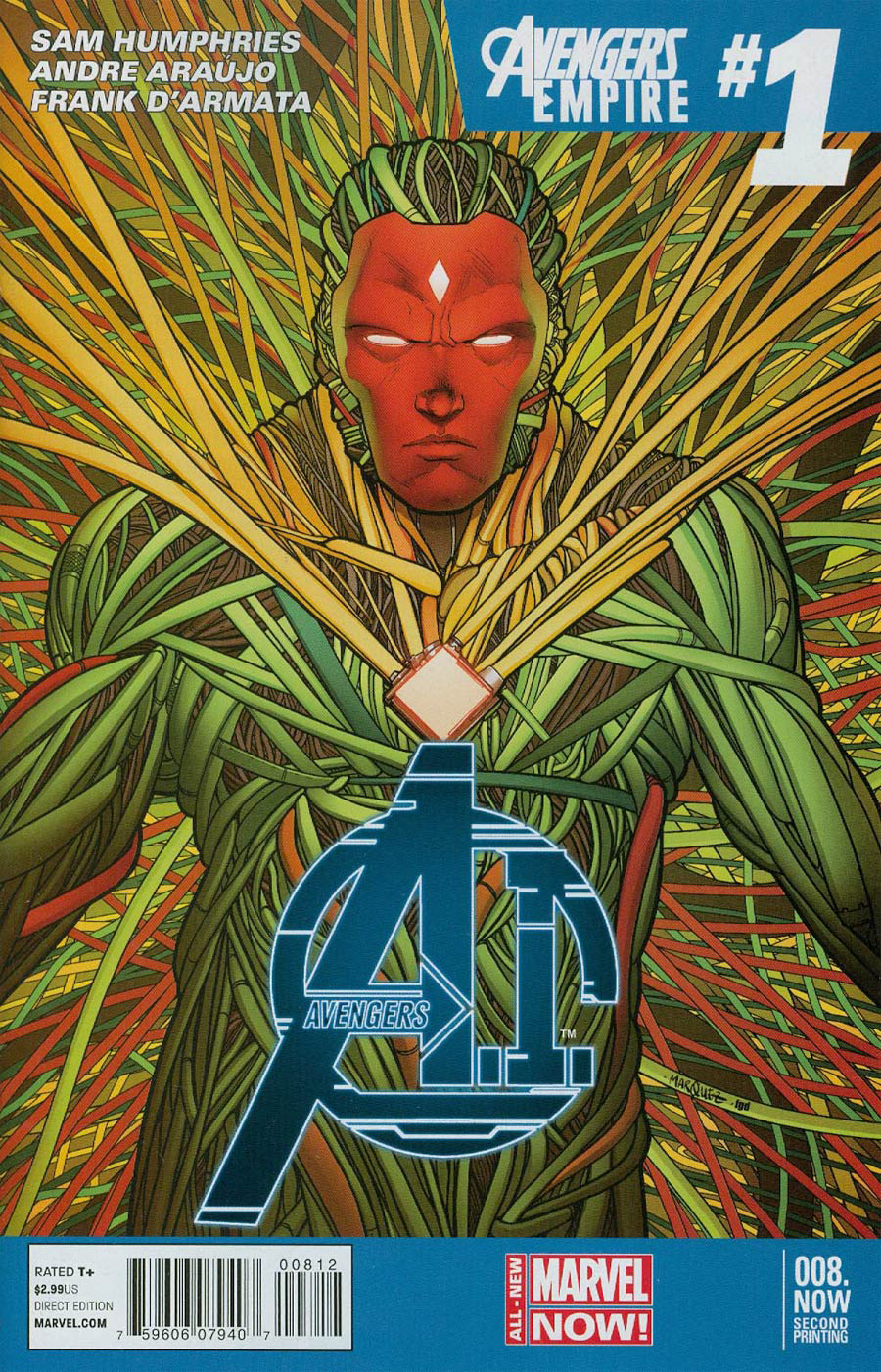 DEC138033
(W) Sam Humphries (A) Andre Araujo (CA) David Marquez
From Marvel Comics. "The extinction of the human race begins NOW!" The war between organic and artificial intelligence destroys the world of tomorrow, starting in Avengers A.I. 8.NOW! Dimitrios, the vengeance-seeking scion of Hank Pym and Ultron, downloads death and destruction across the planet in his quest to eradicate civilization. The Vision and his robot Avengers team up with the Uncanny Avengers to rescue humankind from the precipice of extinction! Meanwhile, S.H.I.E.L.D. takes a hard line against the A.I. with their elite Robot Hunter Squad - with an android member you'll have to see to believe! The consequences reach far, far into the future - all the way to 12,000 AD! Experience firsthand the Marvel Universe of the 130th century! Fight alongside the Avengers Empire on the edge of a black hole! Witness Dimitrios' final gambit against all of creation! Artificial intelligence never dies, it just gets smarter! Upgrade or die! Are you human or machine? The time to decide is NOW!  Scheduled to ship 02/12/14. (161)