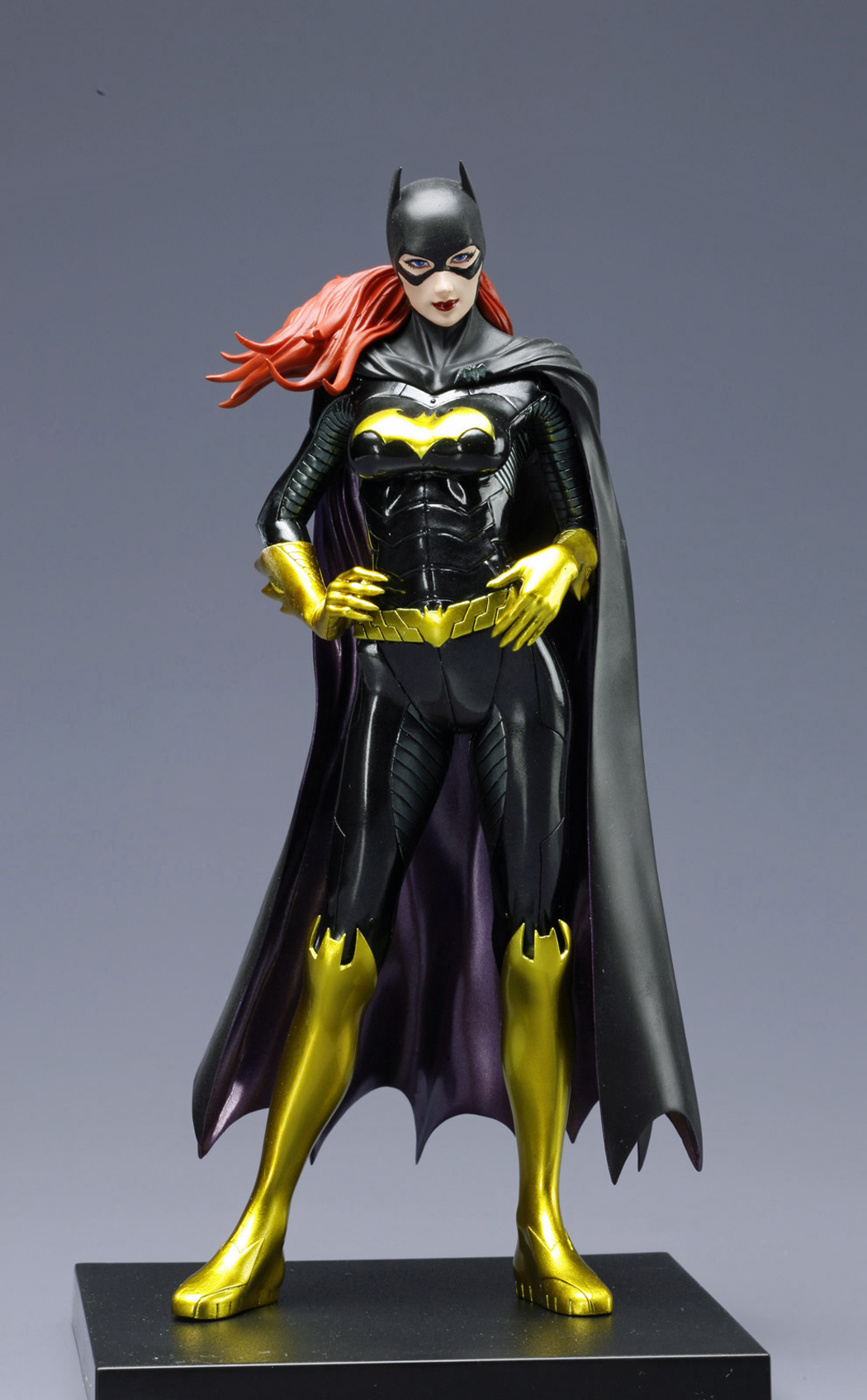 DEC131932
Featuring Batgirl's armor design based on her appearance in the New 52, Batgirl steps straight from the page in this highly detailed sculpt.
Batgirl stands confident and ready, hands on her hips with her cape and hair flowing in the breeze.
Display alone or alongside other ARTFX+ statues, such as the Justice League or other characters from the Bat-family such as Batman and Nightwing.
In Shops: Jul 30, 2014
SRP: $44.99
ORDER WISH LIST