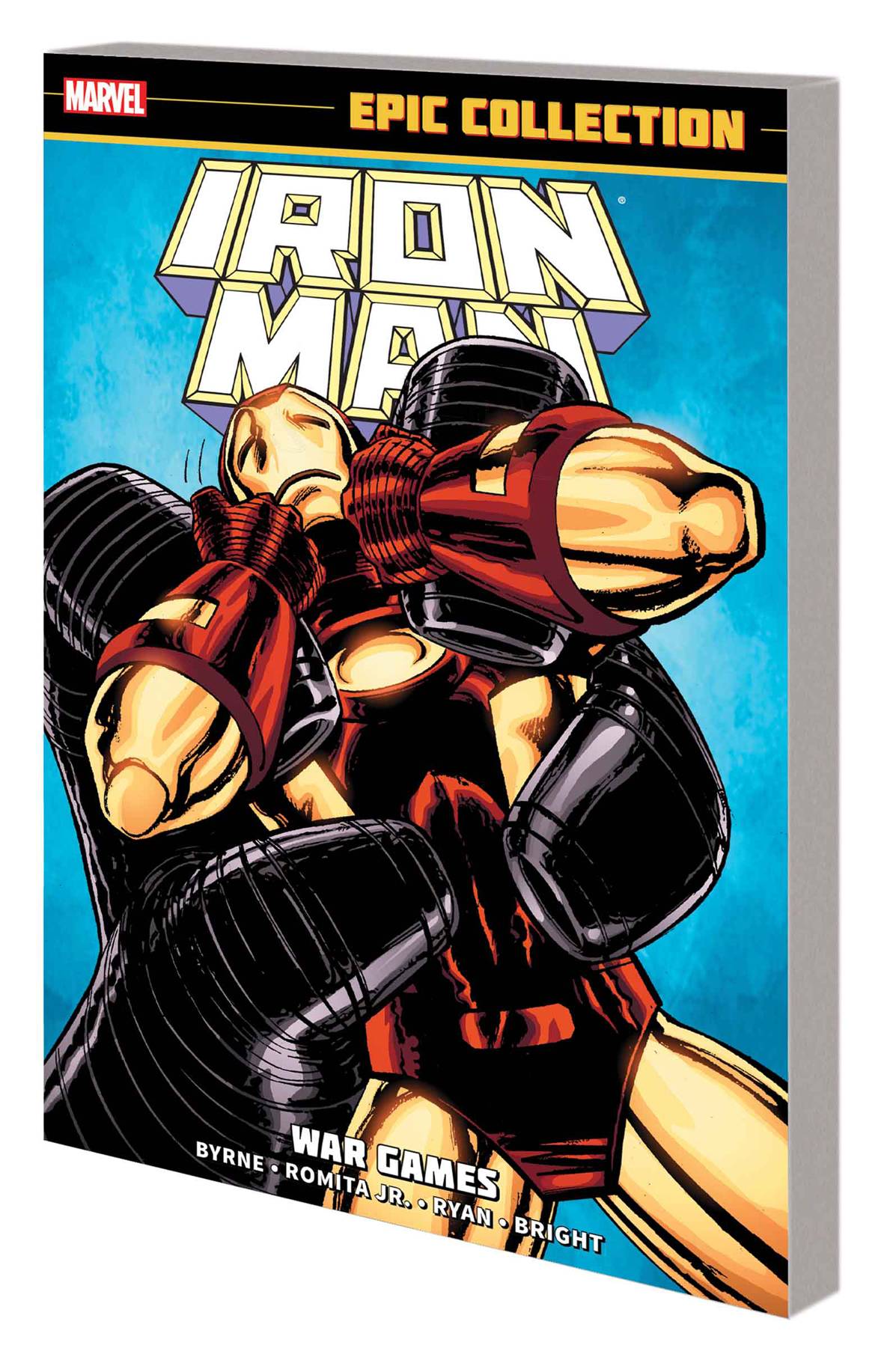 #
DEC130790
(W) John Byrne (A) Paul Ryan, Mark D. Bright (A/CA) John Romita
John Byrne's complete run is collected in one volume! Tony Stark has a bullet lodged in his spine, and that could be the least of his problems! The ghost of an old enemy, the machinations of a vengeful madman and a menace from within Tony's own body come to a head in "Armor Wars II," the cataclysmic sequel to one of Iron Man's most memorable storylines! Things get worse as the Mandarin returns - but when the villain unleashes the power of the king-sized alien dragon Fin Fang Foom, it will take two Iron Men to stop them! And it's Cold War chaos as Iron Man and the Black Widow race to prevent World War III! Plus: the origin of Iron Man! Collecting IRON MAN (1968) #258-277.
In Shops: Mar 19, 2014
SRP: $39.99
ORDER WISH LIST