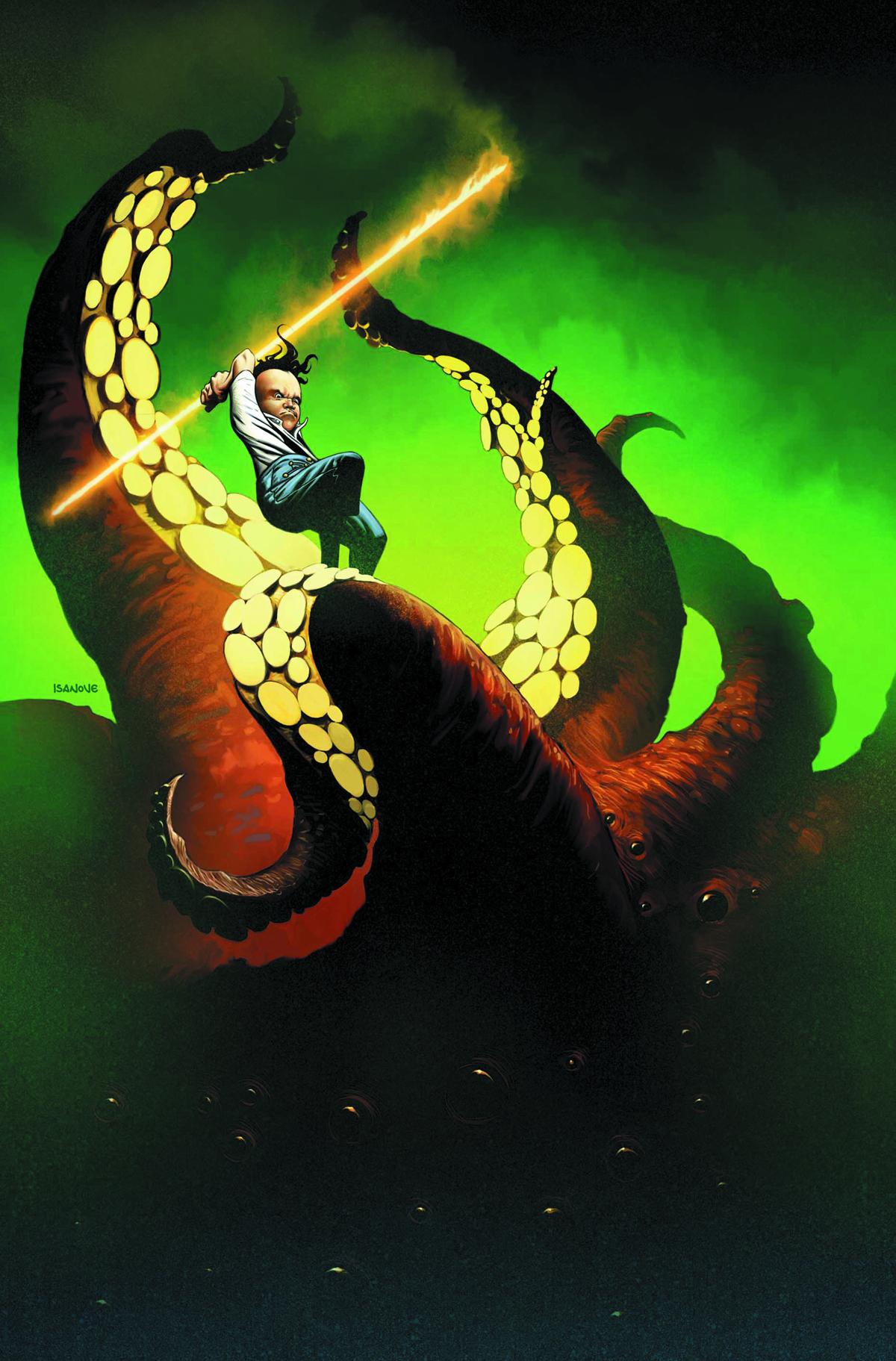 DEC120698
(W) Robin Furth (A/CA) TBD
• Trapped in the End-World prison known as the Devar-Toi, Sheemie must evade the clutches of both animal headed-taheen guards and the monstrous Great Old Ones while he waits for his old friend Roland to come and rescue him.
•  Don't miss Sheemie's Tale! The invaluable link between Marvel's Dark Tower comics and Stephen King's later Dark Tower novels.
In Shops: Feb 13, 2013
SRP: $3.99
View All Items In This Series
ORDER WISH LIST