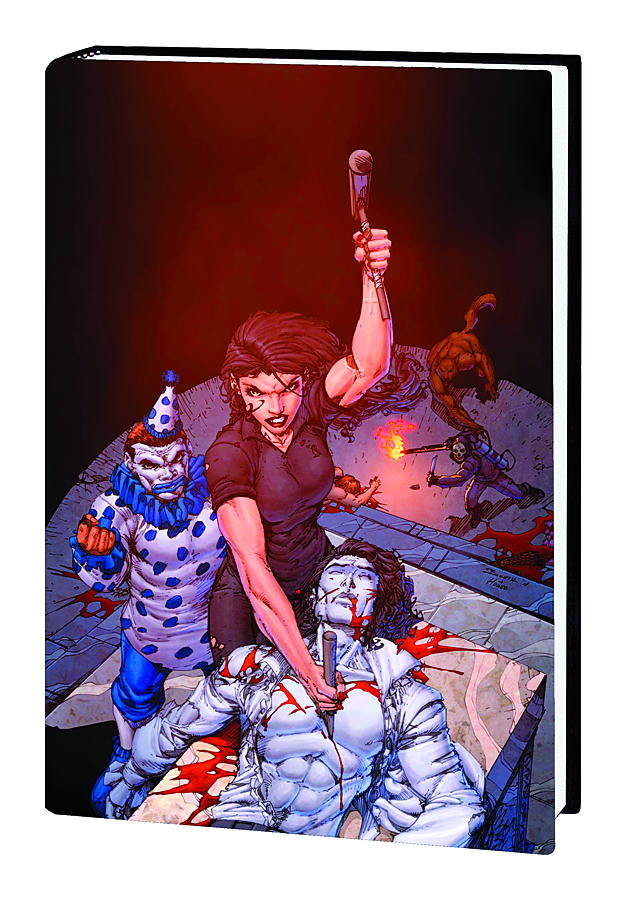 DEC110729
(W) Laurell K. Hamilton, Jessica Ruffner-Booth (A) Ron Lim (CA) Brett Booth
Sometimes, a reanimator just can't catch a break. As things come to a head at the Circus of the Damned, Anita learns some unfortunate news from Jeane-Claude about the new, ultra-powerful vamp in town, Alejandro. But these days, there are so many balls in the air, it's hard to keep all the different players straight. Yet when Anita is summoned to see Master Vampire Mister Oliver, even she can't predict the surprise that awaits her. Collecting ANITA BLAKE: CIRCUS OF THE DAMNED - THE SCOUNDREL #1-5.
120 PGS./Mature