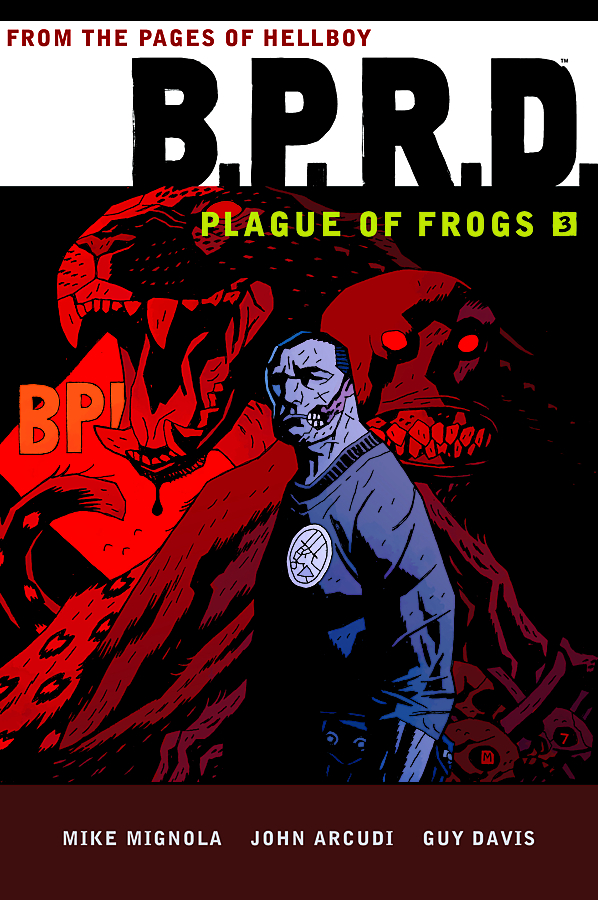 DEC110057
(W) John Arcudi, Mike Mignola (A) Guy Davis, John Severin (CA) Mike Mignola, Dave Stewart
Following the Bureau's catastrophic encounter with the monster-god Katha-Hem, Kate heads to France with hopes of bringing Roger back to life, and Daimio reveals the truth about his death in the jungles of Bolivia. The coming frog apocalypse heats up as Abe meets a secret society of Victorian cyborgs with ties to his origins, and Liz's visions grow increasingly dire! From Hollow Earth to King of Fear-the entire war on frogs in four volumes!
Over 400 pages, collecting BPRD v6-8: The Universal Machine, Garden of Souls, Killing Ground.
In Shops: Mar 21, 2012
SRP: $34.99
View All Items In This Series
ORDER WISH LIST