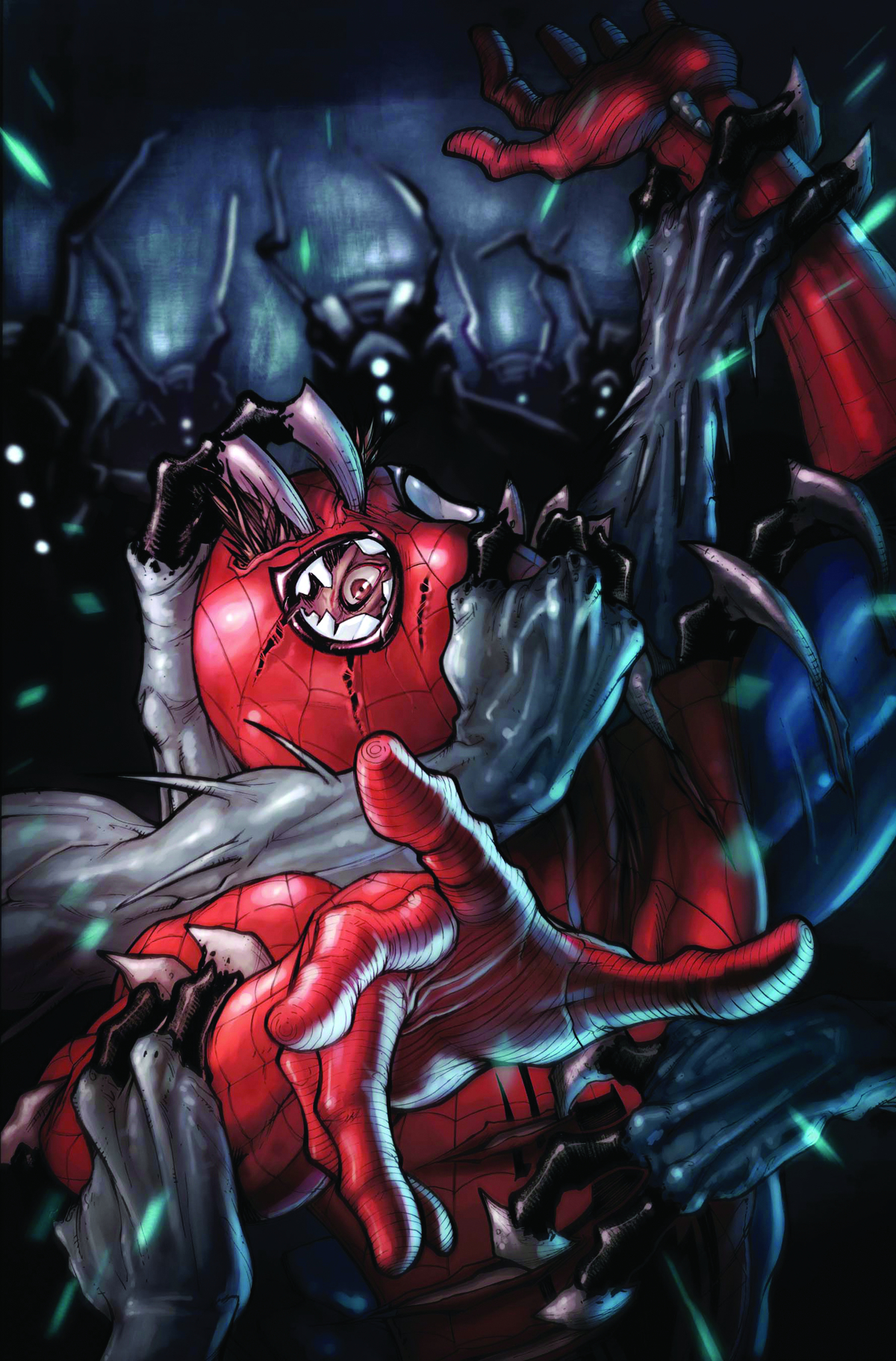 DEC108140
(W) Dan Slott (A/CA) Stefano Caselli
by Dan Slott & Stefano Caselli
From Marvel Comics. Revenge of the Spider-Slayer, Part 1 of 3: "Army of Insects" -- The Scorpion was just the beginning!  Alistair Smythe, The Spider-Slayer, has returned, and Mac Gargan isn't the only subject he's upgraded.  The Spider-Slayer is about to unleash an entire insect army on Spider-Man's world! And as part of his ultimate revenge, Smythe is out to turn one of Spidey's first ever victories into one of his biggest losses.  Everyone is at risk. Big changes are coming!  Don't you dare miss an issue! All this, plus an all-new story showing a hidden side of Mac Gargan's past! Scheduled to ship 02/23/11. (161)