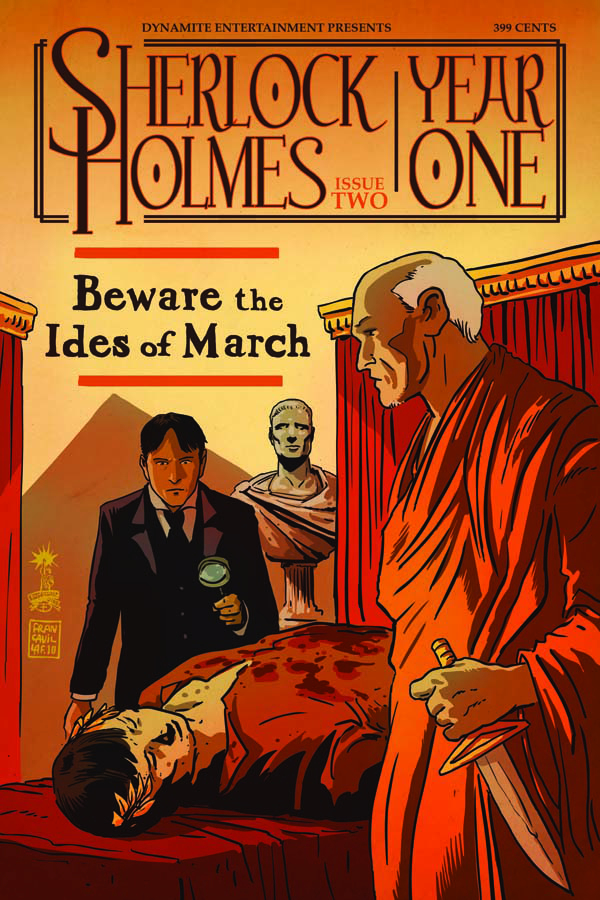 DEC100900
(W) Scott Beatty (A) Daniel Lindro (CA) Various
As a series of brutal and inscrutable murders grips London in fear, Dr. John Watson realizes that the one man capable of stopping the slayings may just be the young sleuth Sherlock Holmes! But Watson's suspicions of the daring detective--perhaps as mysterious as the mysteries he solves--must wait for now as the unlikely partners race to catch the killer as "The Twelve Caesars" begins a new and untold tale from Sherlock Holmes' casebook!