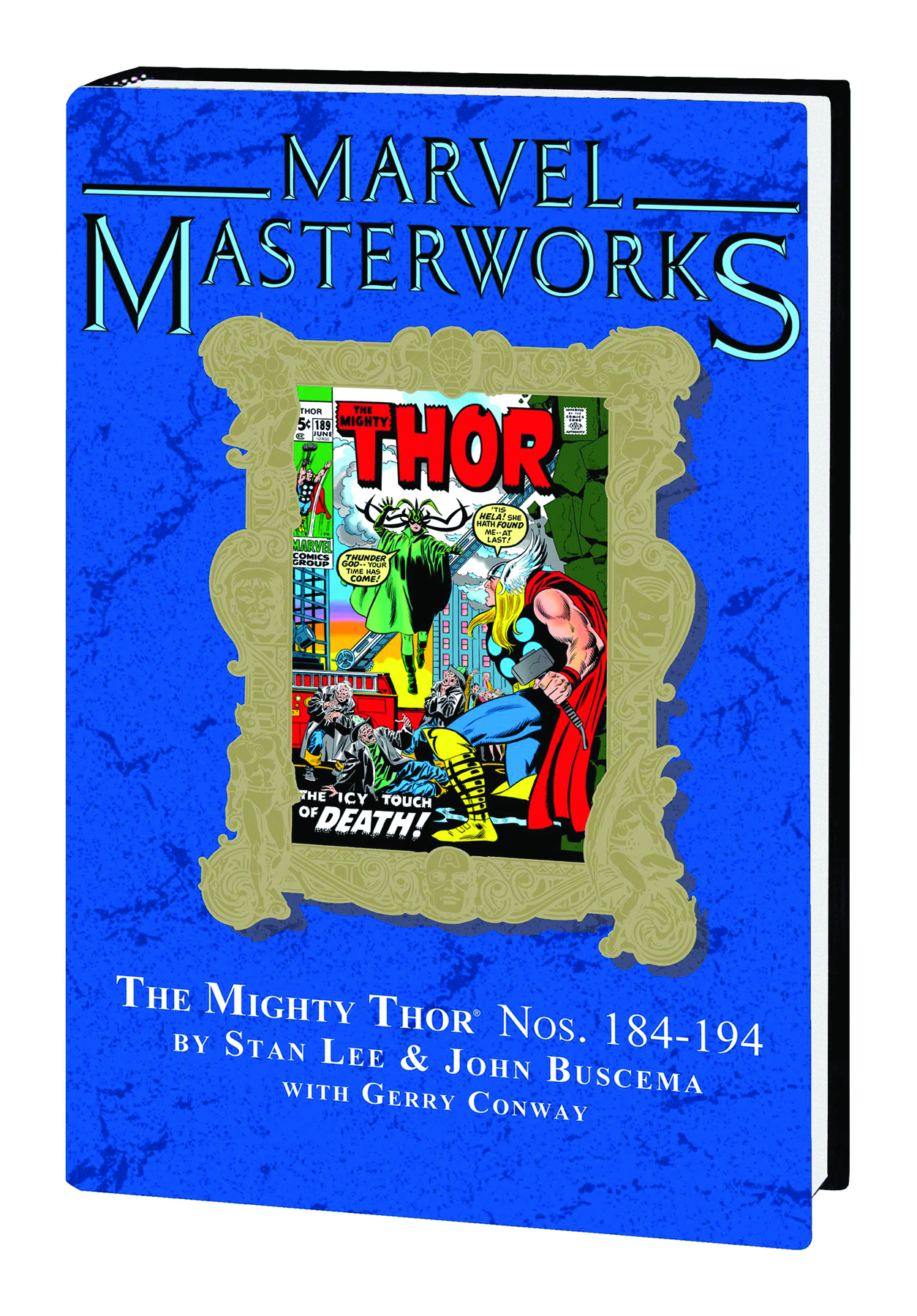 DEC100641
(W) Gerry Conway, Stan Lee (A/CA) John Buscema
Written by STAN LEE with GERRY CONWAY
Penciled by JOHN BUSCEMA
Cover by JOHN BUSCEMA
All hail Asgard! All hail the titanic tenth Thor MASTERWORKS! Stan "The Man" Lee and Big John Buscema are back, bringing you a set of comic-book masterpieces as only mighty Marvel could present. So join Thor, Odin, Balder, the lovely lady Sif and the Warriors Three as they confront colossal cosmic threats that only the gods of Asgard can counter. It all starts off with the amazing Infinity epic! An unimaginable destructive force is marching across the universe - one so powerful that before he can face it, the Mighty Thor must travel across Hela's realm of the dead and face off in battle against no less than all-father Odin himself before it can be stopped! It's a father vs. son battle to shake the heavens! And of course, there's treachery a-plenty, courtesy of the mischievous Loki. Teamed with Karnilla, the Norn Queen, Loki won't stop until the throne of Asgard is his, and hell descends upon Earth in the form of Durok the Demolisher. He's an enemy so powerful that Thor must team up with the Silver Surfer to match his might. Then, it all comes to a head when Thor must run a gauntlet of towering Storm Giants before Loki weds the Lady Sif! We'll meet you at the altar! Collecting THOR #184-194.
248 PGS./All Ages