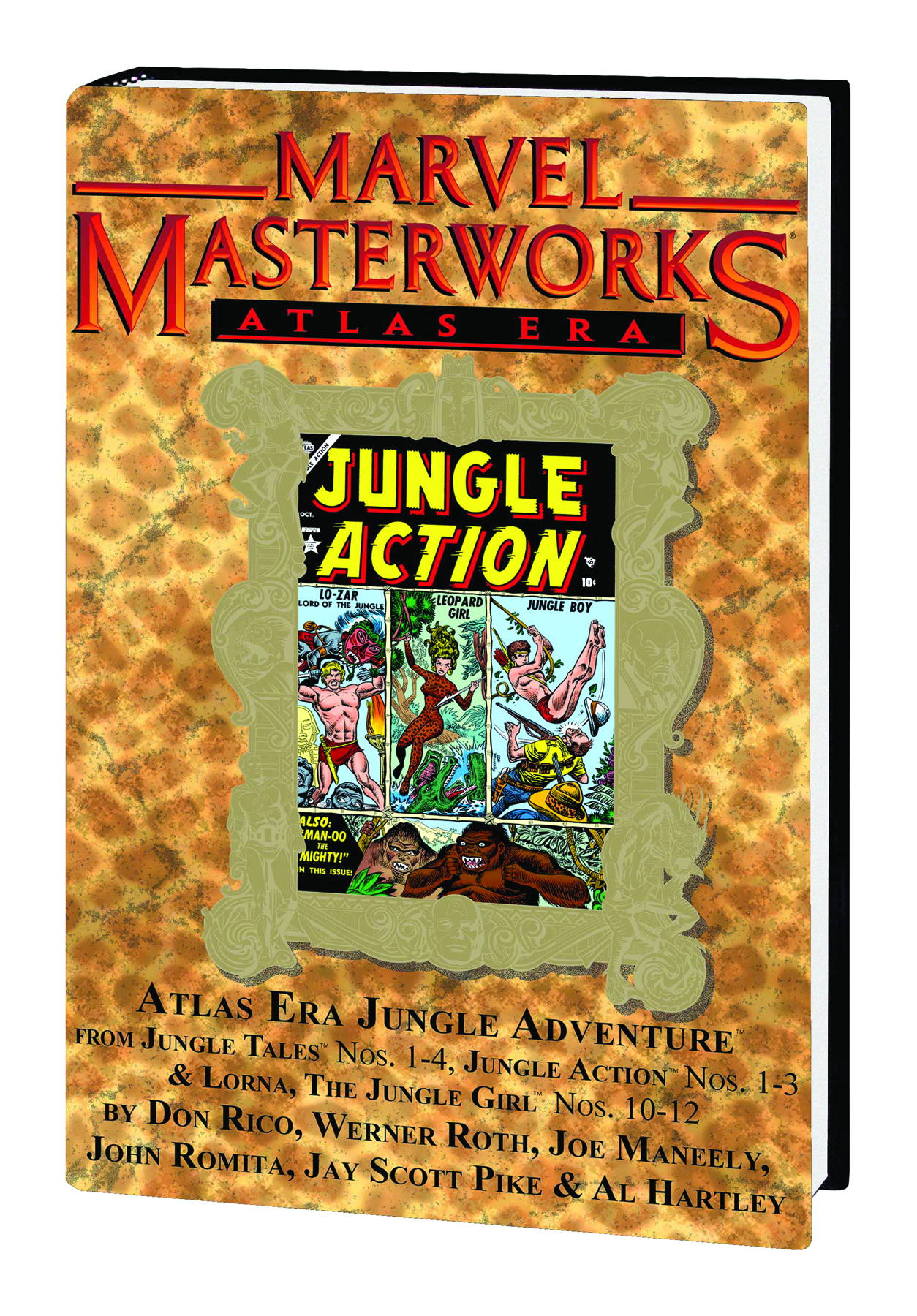 DEC100639
(W) Don Rico, Various (A) Various (CA) Joe Maneely
Written by DON RICO & VARIOUS
Penciled by WERNER ROTH, JOE MANEELY, JOHN ROMITA, JAY SCOTT PIKE & AL HARTLEY
Cover by JOE MANEELY
The jungle adventure MASTERWORKS are back - and this time, the whole gang's come along for the ride! In VOL. 1, you met the lithe and lovely Lorna, the Jungle Girl. Now, with VOL. 1, it's our pleasure to introduce you to the full cast and cadre of Atlas' amazing jungle adventurers! In the pages of JUNGLE TALES, animal trainer and movie stunt girl Jane Hastings ditches Hollywood and chooses the wild life to become the siren of the safari: Jann of the Jungle! Next come the trials of the young African chieftain Waku, Prince of the Bantu! Threatened by challengers to the throne and the legends of the jungle alike, he must follow the Fire God's path to lead his people. Then, Cliff Mason - legendary hunter, tracker and adventurer - travels the globe in search of the most dangerous game the jungle depths holds. JUNGLE ACTION features its own quartet of thrill-seekers: Lo-Zar, Lord of the Jungle takes on every menace that infiltrates his domain. From dinosaurs to Commies, he'll bring down the law of the jungle on them all! You'll also meet Man-oo the Mighty, in the unique stories of an ape's struggle to conquer his jungle kingdom, and leap from treetop to treetop with Jungle Boy, who with his tribe of monkey sidekicks seeks out all the action and excitement the jungle can offer! And lest we forget, there's also the one and only Leopard Girl! Bookish secretary Gwen may go unnoticed - but when she dons the skins of Leopard Girl, every creature in the jungle is ready to fall into the heart of darkness! Collecting JUNGLE TALES #1-4, JUNGLE ACTION #1-3 and LORNA, THE JUNGLE GIRL #10-12.
272 PGS./All Ages