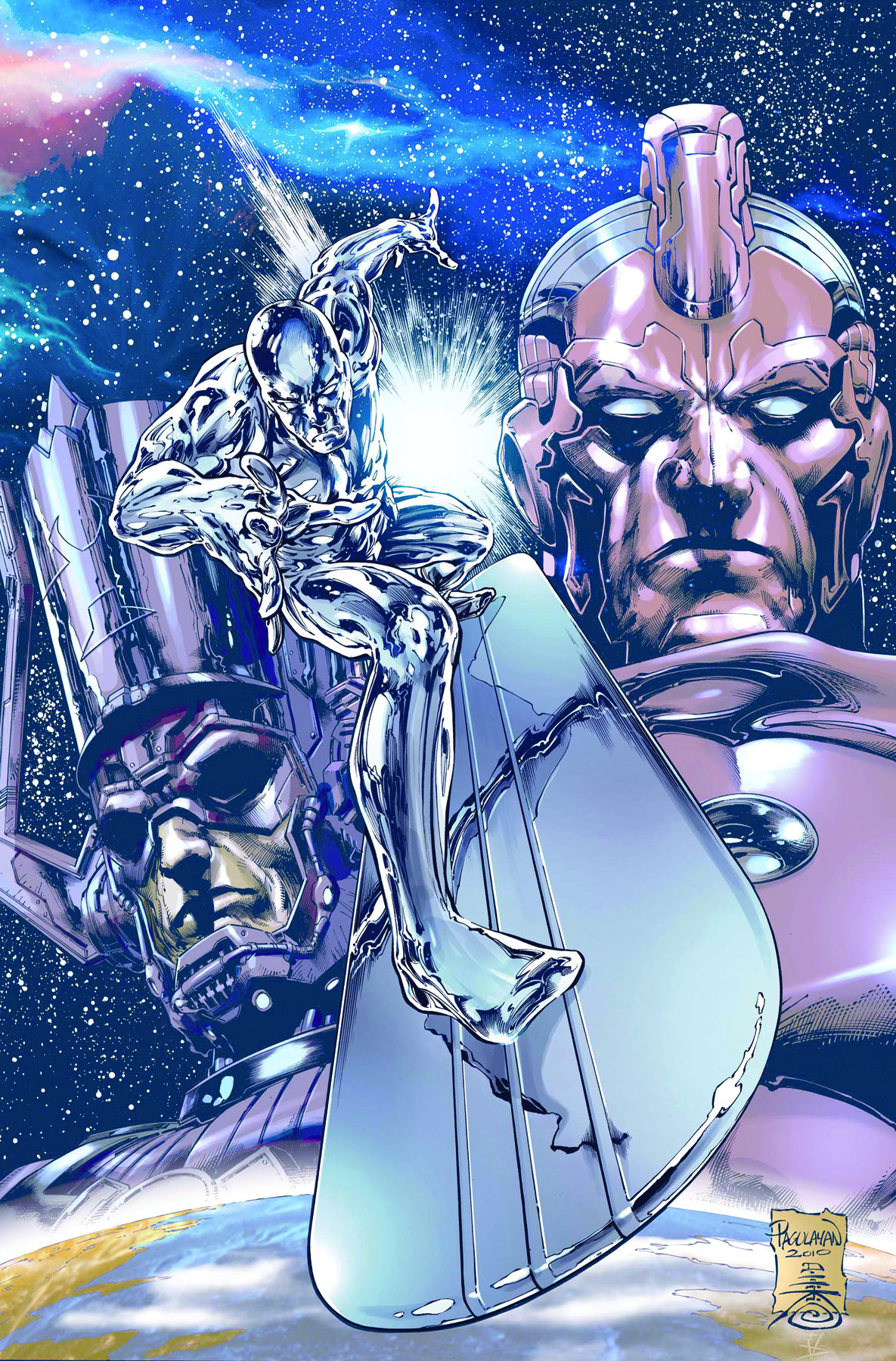 DEC100604
(W) Greg Pak (A) Stephen Segovia (CA) Carlo Pagulayan
Written by Greg Pak
Pencils by Stephen Segovia
Cover by Carlo Pagulayan
A new beginning for the SILVER SURFER!
The sentinel of the spaceways walks the Earth once more, a stranger feared by many. Only the HIGH EVOLUTIONARY understands his true potential, but the Evolutionary's mysterious grand design may cost the Surfer everything and change the cosmic balance forever! He's traded blows with Thor and matched wits with Mephisto, but can the herald of Galactus survive the judgment of NORRIN RAND, the man within the Silver Surfer? It's a character-defining epic showing the Silver Surfer as you've never seen him before, brought to you by "Planet Hulk" writer Greg Pak and "Dark Wolverine" artist Stephen Segovia.
32 PGS./Rated T+