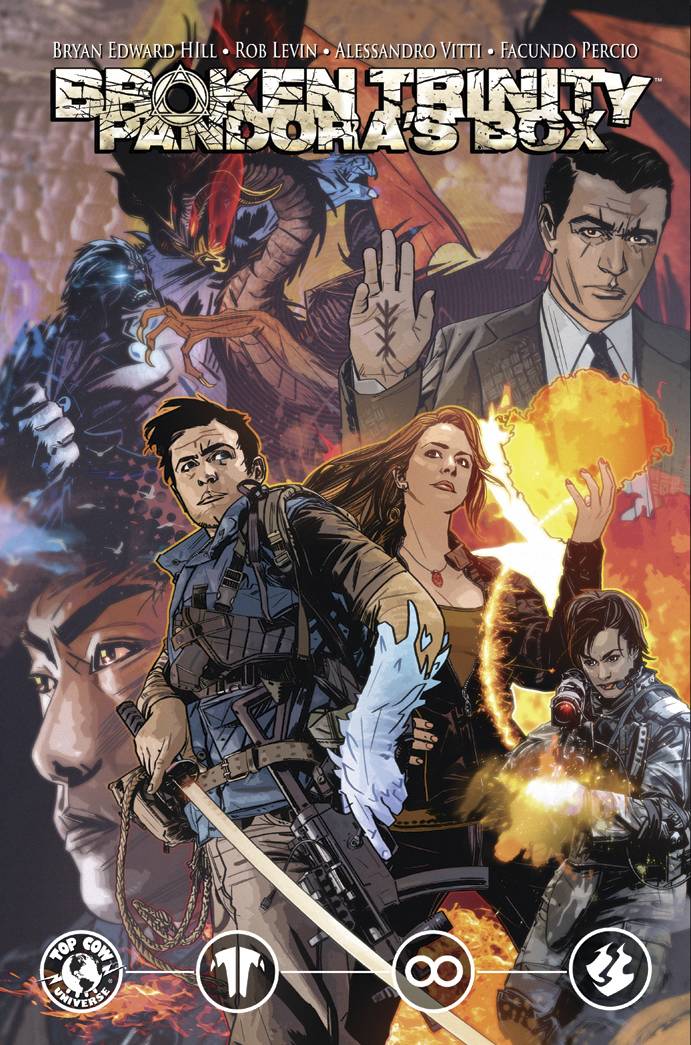 DEC100528
(W) Rob Levin (A/CA) Alessandro Vitti
A New Artifact Emerges! Michael "Finn" Finnegan, bearer of the Glacier Stone, and Glorianna "Glori" Silver, bearer of the Ember Stone, have been told that they are predestined to fight and destroy each other. When a charismatic cult leader named Elias Legion moves to remake the world using a lost Artifact known as Pandora's Box, will Finn and Glori be able to set aside their differences to combat a larger threat or will fate dictate their inevitable clash?
Collected in this volume are issues #1-6 of the world-spanning, pulse-pounding sequel to Broken Trinity Volume 1. Written by the Pilot Season: 7 Days From Hell team of Bryan Edward Hill and Rob Levin with art by Alessandro Vitti (Secret Warriors) and Facundo Percio (Anna Mercury). Featuring behind-the-scenes sketches, script pages, and cover gallery by Tommy Lee Edwards (Turf).
SC, 7x10, 160pgs, FC