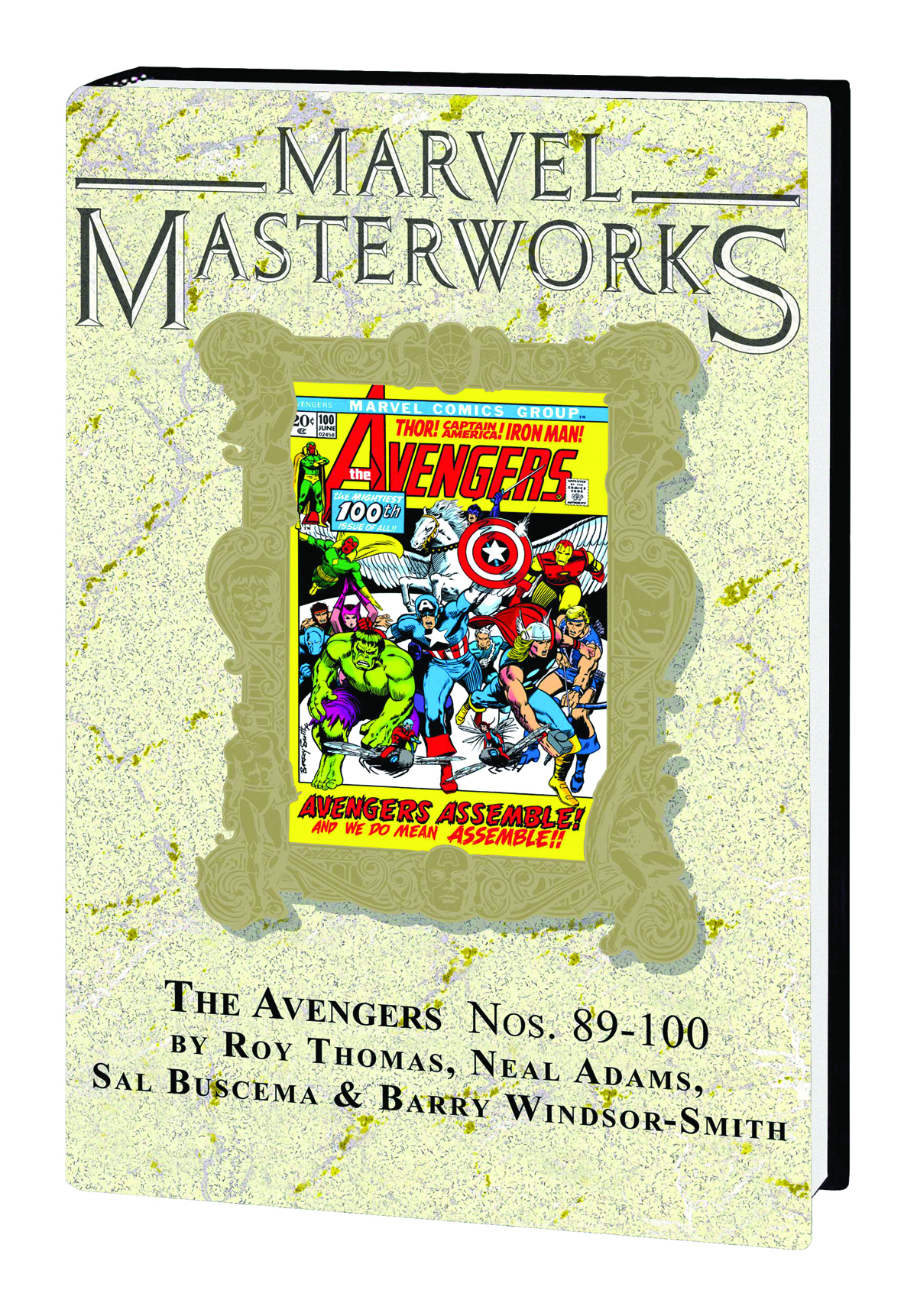 DEC090589
(W) Roy Thomas (A) Various (CA) Barry Windsor-Smith
Written by ROY THOMAS
Penciled by NEAL ADAMS, SAL BUSCEMA, BARRY WINDSOR-SMITH & JOHN BUSCEMA
Cover by BARRY WINDSOR-SMITH
The Marvel Masterworks bring you the original be-all, end-all Avengers event-Kree/Skrull War-in the march up to Avengers #100! Caught in the crossfire, Earth has become the staging ground for a conflict of star-spanning proportions! For those eternal intergalactic enemies, the merciless Kree and the shape-changing Skrulls, have gone to war, and our planet is situated on the front lines! Can Earth's Mightiest Heroes, the Avengers, bring about an end to the fighting before humanity becomes a casualty of war? And what good are even a dozen super-powered champions against the vast military machines of two of the great empires of the cosmos? The key to victory lies with the expatriate Kree Captain Mar-Vell and his human host, honorary Avenger Rick Jones! And because one super-saga wasn't enough, we'll wrap it up with a three-part classic that assembles every Avenger from day one against the combined threat of Ares and the Enchantress in Avengers #100. Written by fan-favorite Roy Thomas and featuring the trend-setting artwork of Neal Adams and Barry Windsor-Smith, there's no disputing the fact they're Marvel Masterworks one and all! Collecting THE AVENGERS #89-100
304 PGS./All Ages ...$54.99