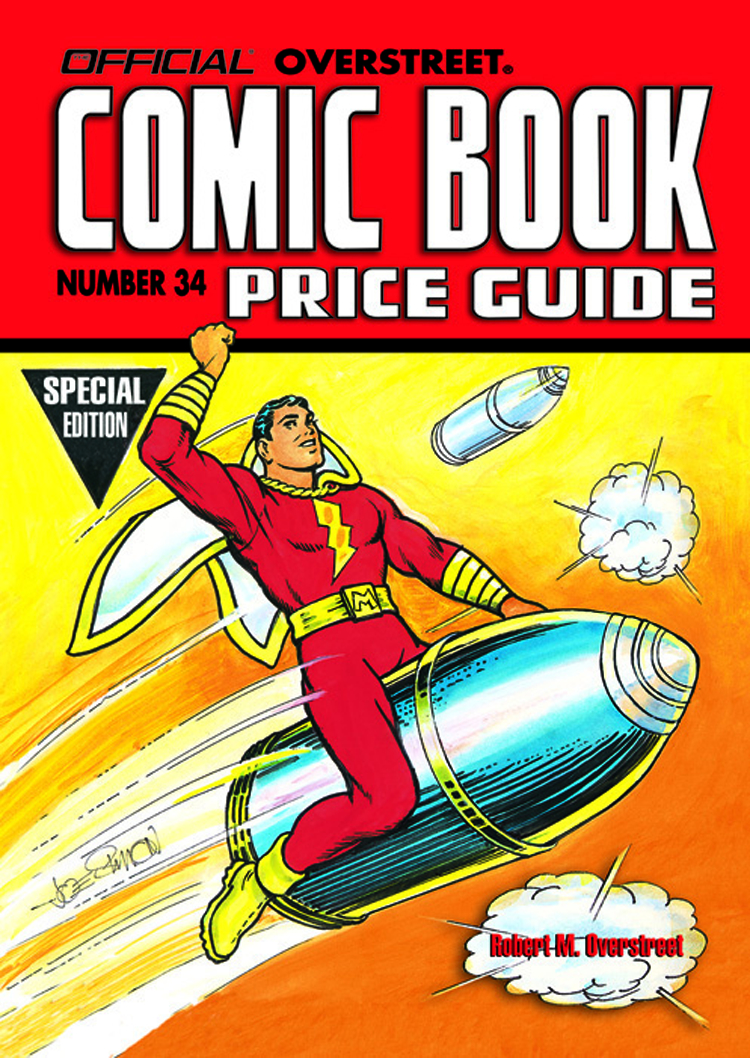 DEC032455
Since 1970, only one comic book price guide has been dubbed "the Bible" for casual and die-hard collectors alike. While others have come and gone, The Overstreet Comic Book Price Guide has become the premiere reference source for the hobby, and it covers more than a century of comic book history! This book is the most complete record of comic book from the 1800s to the present. This edition includes a newly updated market report, key sales, in-depth historical information, tips on grading and collecting, a special Victorian Age section featuring the birth of American comic storytelling, a special Platinum Age section detailing the origin of the modern comic book, a Promotional Comics section spotlighting giveaways, and more. Also features well-researched pricing, a look at the 70th anniversary of Donald Duck, a profile of the Golden Age creator Joe Simon, and an insider's guide to comic -themed charities and service organizations. Find out what collectors all over the world already know: The Overstreet Comic Book Price Guide is your key to the wonderful world of comics! Featuring a choice of covers: Shazam by Golden Age legend Joe Simon, and Donald Duck's 70th Anniversary by European Disney artist Daan Jippes.