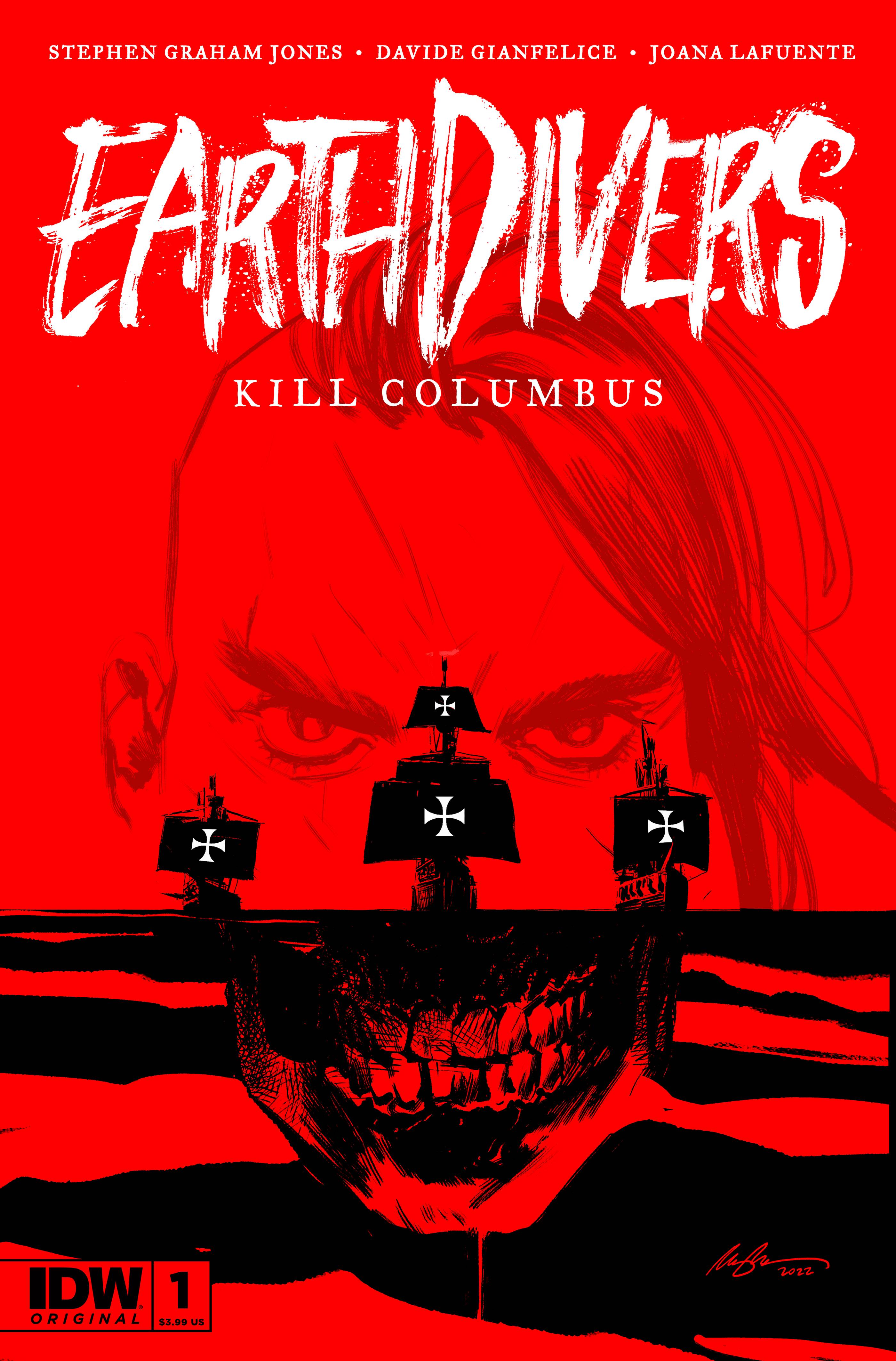 #
AUG228618
(W) Stephen Graham Jones (A) Davide Gianfelice (CA) Rafael Albuquerque
Stephen Graham Jones makes his ongoing comics debut with Earthdivers! The year is 2112, and it's the apocalypse exactly as expected: rivers receding, oceans rising, civilization crumbling. Humanity has given up hope, except for a group of outcast Indigenous survivors who have discovered a time travel portal in a cave in the middle of the desert and figured out where the world took a sharp turn for the worst: America. Convinced that the only way to save the world is to rewrite its past, they send one of their own on a bloody, one-way mission back to 1492 to kill Christopher Columbus before he reaches the so-called New World. But taking down an icon is no easy task, and his actions could prove devastating for his friends in the future.
In Shops: Nov 23, 2022
SRP: $3.99
View All Items In This Series
ORDER SUBSCRIBE WISH LIST