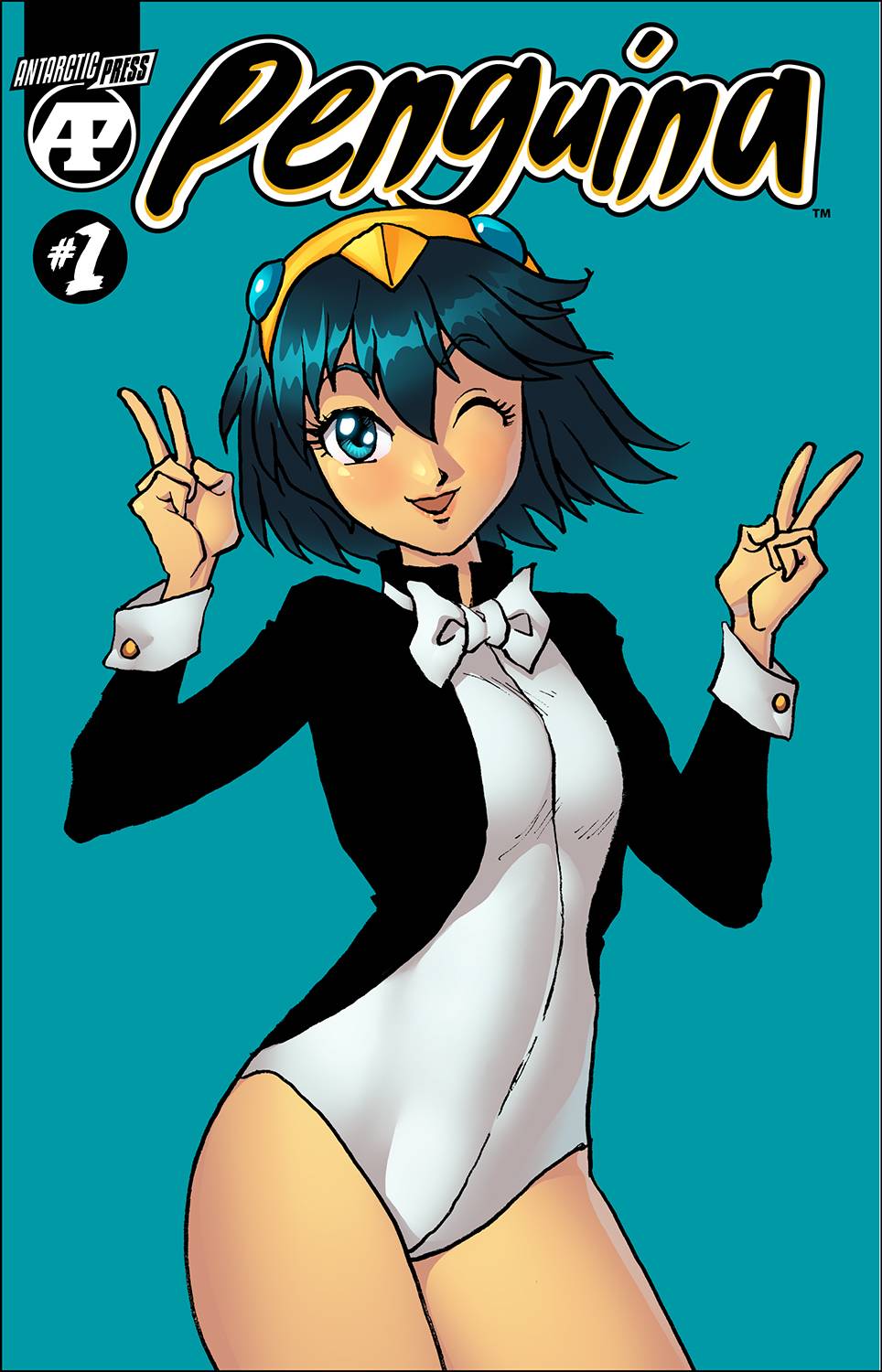 #
AUG221159
(W) VARIOUS (A) VARIOUS (CA) Ben Dunn
Sent in a dimensional portal ship and landing in the Antarctic as a baby, Penguina is found and raised by Samurai Penguin. Leaving to see the world once she's grown, she finds out she has the ability to mimic powers of any comic character if she reads the comic but only for 1 hour!  To keep a low profile, she takes a secret identity working as in intern at a small comic company...until Penguina is needed!