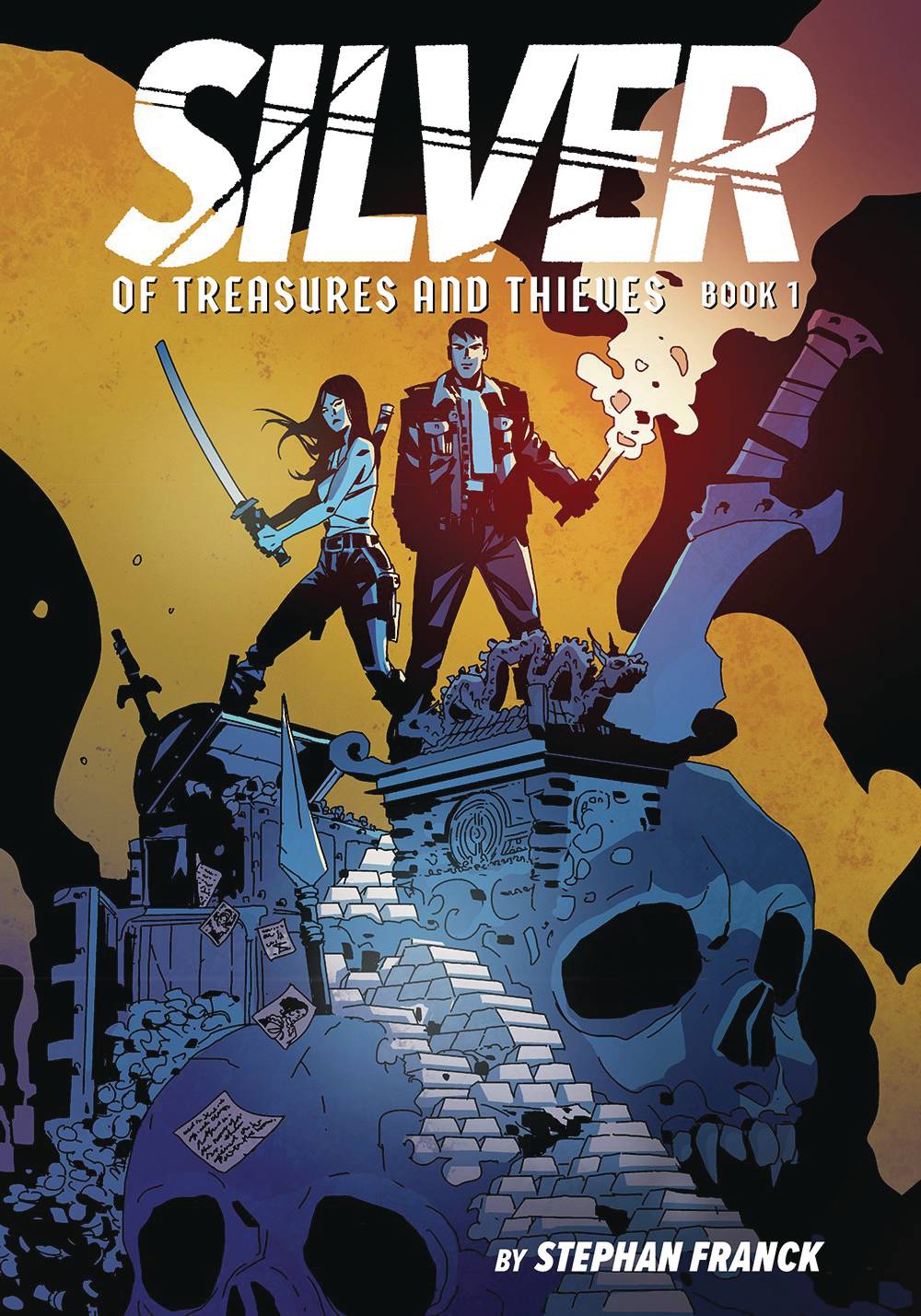 #
AUG221057
(W) Stephan Franck (A/CA) Stephan Franck
There are only two kinds of objects in this world. The ones that shine and the ones that don't. James Finnigan only concerns himself with objects from the first category. Those objects don't hide in plain sight. They hide in dark places.  When Finnigan loses his grifter gang's lifetime fortune in a heist gone wrong, he stumbles on a consolation prize in the crypt of the Harker Foundation-a notebook that tells of an ancient, immeasurable treasure, accompanied by a bar of pure silver to prove it. It's a tall tale, but also Finnigan's only lead. In an effort to make up for what he's lost, he mounts the heist of the millennium in search of the Silver Dragon. Just one catch: The famed treasure is said to be hidden in a castle full of vampires.
In Shops: Oct 26, 2022
SRP: $24.99
View All Items In This Series
ORDER SUBSCRIBE WISH LIST